Google Pixel 5a being launched in the US and Japan only? 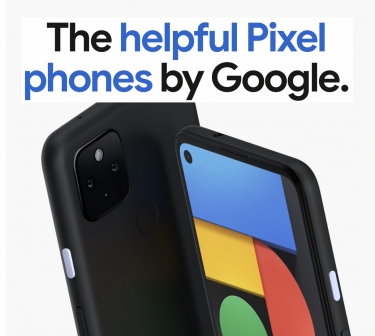 Google has officially announced the Pixel 5a with 5G is coming, with bloggers previously suggesting the 5a might have been cancelled due to chip shortages.

A report at 9to5Google has quoted an official Google statement on the future of the Google Pixel 5a.

Suggestions had been made by bloggers that the Pixel 5a might have been cancelled due to chip shortages, but according to 9to5Google, Google has made the following statement:

“Pixel 5a 5G is not cancelled. It will be available later this year in the US and Japan and announced in line with when last year’s a-series phone was introduced.” – A Google spokesperson.

The suggestion in the blogosphere is that the current chip shortages facing the world have limited the number of smartphones available, so while the phone won't be cancelled, it is being limited to two countries, although if the chip situation improves, there is no reason why Google can't make the phone more widely available /

A new chipset is due for the Google Pixel 6 to come later this year, which is said to ditch Qualcomm and introduce its own silicon dubbed "Whitechapel", with Samsung's help.

Google's Pixel smartphones offer to purest Google experience and are the very fastest way to get the newest version of Android on Google's own devices when new versions launch.

For some users, Google's Pixel smartphones are the best Android smartphones available, even though other Android makers such as Samsung and others create higher-spec Android devices.

We're yet to see whether moving to its own silicon will help Google ignite Pixel sales into the stratosphere, given Android's very crowded market along with plenty of competition in the $200 to $1000 market from Nokia, Motorola, Realme, Oppo, Samsung and various others all vying for the hearts, minds and wallets of consumers.