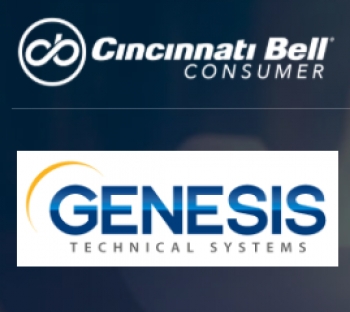 In the beginning there were acoustic couplers, and then 300bps modems, but fast forward to 2016, and Genesis Technical Systems has achieved incredibly fast speeds over copper.

The company says it has solutions for "residential broadband and rural broadband with the capability to deliver up to 20 times faster broadband to consumers’ homes through DSL Rings", with DSL Rings being a "patent-protected, award-winning technology that has been proven in telecom operator laboratories and is being commercially developed".

The company says it offers "enterprise and government broadband with the capability to deliver up to 10 times faster bandwidth for macrocell backhaul, or access broadband for commercial use, whether that be a multi-dwelling residential unit, such as a block of flats, a business park, or a university campus through mBond", with "mBond Complete, the first of a suite of products, commercially available now".

It all sounds like pretty amazing stuff, and we haven’t even gotten to Genesis’ new announcement yet. Indeed, I’ll even note Genesis’ own statement that its "solutions are enormously attractive to Communications Service Providers because they can be implemented quickly, enable them to profit from the increasing global demand for high speed broadband, have a low capital requirement and offer very attractive returns on investment".

There’s even an interesting quote at the Genesis home page which states: "Copper appears to have a longer shelf-life than many people would have imagined five years ago, when there was a great deal of optimism around widespread FttH/B rollouts, many of which have not (or hardly) materialised. – Ray Le Maistre."

With that glowing endorsement that Genesis has given itself as an introduction to a company you might never have heard of, like me, whatever is it promising next?

That would be the completion of trials of the company’s "multi-award winning network enhancing DSL Rings technology with leading North American operator, Cincinnati Bell, achieving backhaul speeds of up to a gigabit and home broadband speeds of up to 400 Mb/s, significantly exceeding pre-trial expectations".

Those are pretty amazing numbers, which might interest the good folk at NBN Co, not to mention Malcolm Turnbull, and his nemesis, Bill Shorten. 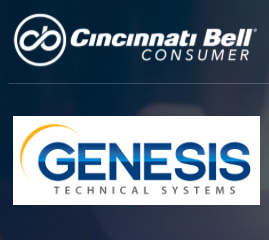 Genesis tell us that "Cincinnati Bell was carrying out the trial on behalf of the newly formed Residential Access Carrier Consortium (RACC), a consortium of operators from North America, Europe and Latin America, which aims to address the requirement for improved broadband in suburban, semi-rural and rural areas using Genesis solutions".

Stephen Cooke, founder and chief technology officer of Genesis Technical Systems, said that: “DSL Rings has been put to its toughest test to date, working with a major US carrier where world class solutions and fast broadband speeds are paramount".

“Genesis technologies enable operators to increase broadband performance and offer enhanced services over their existing network, discarding the need to build fibre all the way to the home.”

So, what are DSL Rings composed of?

The company says they are "composed of a Convergence Node (CN) on the physical network; a Home Gateway (HGW) in each house; and Exchange Gateway Software, which monitors all of the rings deployed across the network, which is installed at the local exchange".

We are told that "the types of services tested and validated included; rate vs. reach; multi-cast; dynamic bandwidth allocation, i.e., fairness; individual data burst transmissions, i.e. demonstrating that individual homes could get access to the full 400 Mb/s, and Plain Old Telephone Service (POTS)".

Further detail explains that "tests carried out over the network backhaul infrastructure were completed using copper cables used by Cincinnati Bell in their normal network deployments. Network backhaul bandwidths were measured across a maximum of 12 pairs from the Digital Subscriber Line Access Multiplexer (DSLAM) to the CN, at distances ranging from 1000-3000ft, at 500ft increments".

"Trials tested distribution around the ring to 12 HGWs. These local access routes were connected with standard copper cables, as used by Cincinnati Bell in their network. Network reach between the CN and the HGWs was initially from 160-500ft.’

And what about the gigabit backhaul speeds claim?

Tom Simpson, chief technology officer of Cincinnati Bell, said: “We serve three-states reaching across 2400 square miles. We are extremely proud of our network and what it gives to our customers – both at work and in their homes.

“This trial has shown, and proven, the capability to bring more than enough bandwidth to customers served by even the most mature parts of our network. Since the FCC recently changed the definition of broadband to increase the minimum speed, these results are good news for those looking to develop their infrastructure to meet the massive increases in bandwidth demand.”

Peter Khoury, chief executive and general counsel, Genesis Technical Systems, said: “The results of the trial at Cincinnati Bell demonstrate the importance of DSL Rings and the opportunities the solution provides for the members of the Residential Access Carrier Consortium.

“DSL Rings offers RACC members, including those that are Connect America Fund II (CAF II) recipients, a means to bring affordable significant broadband enhancements to customers receiving a limited service over their existing networks. The completion of this DSL Rings trial in North America is another significant milestone achievement for Genesis.”

Here’s the company’s video on its home page and, while it’s from 2013, it’s a bit of extra background for you.

More in this category: « VIDEO Interview: Amaysim CEO Julian Ogrin talks telco stats and the industry NSW Central Coast trains: the Coalition’s plans for Wi-Fi and mobile coverage »
Share News tips for the iTWire Journalists? Your tip will be anonymous