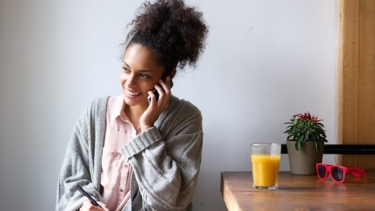 There is a continuing decline in household landline telephones, according to a new report from the telecommunications regulator ACMA revealing that for the first time more than half of Australian adults rely solely on their mobile for making and receiving voice calls at home.

The Australian Communications and Media Authority report showing the trend in decline of landline phones follows a report by comparison website Finder last week which found that several thousand Australians are using mobiles and only have a home phone because it came with their Internet service.

The ACMA report, released on Wednesday, looked over the last five years at what kind of technology - mobile, internet or both - Australians are using to communicate at home, and found that for making calls Australians keep moving away from their fixed-line phone - with an ever-increasing number of adults now using a mobile, and less have a home landline.

But according to the report, even though Australians are using more mobile data, the number using only a mobile connection for the internet at home has dropped.

The ACMA found that the trend in landline phone decline is being driven by younger Australians, with 79% of those aged 25-34 forgoing fixed-line phones at home in favour of mobiles only for voice calls - an increase of 27% in just five years.

Mobile use for the internet is very different, with 18–24 year-olds slightly more likely to be mobile-only for their internet use at home - with smaller differences between the other age groups.

According to the ACMA, overall, more than five million Australian adults have become ‘mobile-only’ for voice services at home since 2014.

More in this category: « Is Huawei really a threat? (Opinion) Tech wholesaler claims ‘hassle-free’ NBN alternative offer for RSPs »
back to top