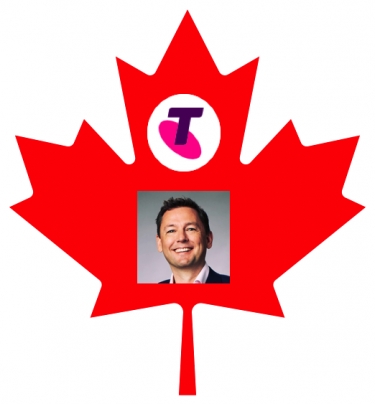 Telstra, which in 2020 styles itself "a leading global telecommunications and technology company", has announced plans to "expand its network into Canada with the establishment of a new Point-of- Presence (PoP) in Toronto, and upgrading infrastructure that will connect Canada to its trans-Pacific subsea cable networks".

We're told the subsea cable networks "will carry data from Canada into the Asia-Pacific region, where Telstra owns and operates the largest subsea cable system (with more than 250,000 miles of subsea cables globally) and currently carries nearly one-third of all Asia-Pacific internet traffic".

For more than two decades, Telstra reminds us that it "has provided international connectivity into all the major economies in APAC for U.S.-headquartered businesses across industry verticals including finance, manufacturing, technology and broadcast media. This expansion will allow a wide range of Canadian businesses to leverage Telstra’s network for existing Asian operations as well as strategic growth into the region".

Nicholas Collins, President of Telstra, Americas, said, “Simply put, Telstra makes Asia easy -- our deep technology experience, a world-class network and access to local support staff throughout Asia enables us to help companies quickly open up access to new growth markets. We are excited to be expanding our presence into Canada.

“Canada has long been one of our most requested routes, and we believe that the time is right to provide a new, world-class option for Canadian businesses seeking to securely connect into the Asia-Pacific region,” Collins added.

Telstra tells us that, outside of the U.S., Asia is Canada’s largest trading partner.

Thus, with the Toronto PoP, to be located in the heart of the Financial District, "Telstra will connect Canada’s flourishing tech industry with a growing middle class – estimated to grow by an additional 1.5 billion by 2030 – in the Asia-Pacific market. Beyond the financial industry, Telstra sees strong benefits for established and startup businesses in the tech, media and manufacturing sectors".

In addition to being Canada’s most populous city, Telstra says that "Toronto’s booming technology and finance industries, welcoming immigration policies and a general openness to innovation has made the city a viable alternative to Silicon Valley and the perfect location for tech companies and for Telstra.

"Toronto’s technology sector has grown over 85% since 2014, according to a recent report issued by the city. In addition to thousands of start-ups, tech powerhouses Airbnb, Facebook and Google have set up shop in Toronto in recent years, all contributing to Canada’s US $1.7 trillion dollar GDP".

“As the leading provider of connectivity from North America to Asia, we look forward to enabling and supporting the continued growth of Canadian enterprises as they expand their markets and serve their customers across the Asia-Pacific region,” concluded Collins.

It's almost as if we have had a Collins-class sub-sea lesson, but that's just my attempt at a bit of Australian naval humour.

That said, if you do want to see what it looks like on board an incredible cable-laying ship and the huge equipment on board needed to lay sub-sea cables across entire oceans, this video I took on board the Responder, which was laying the now-complete Hawaiki cable, is incredibly fascinating and instructive!