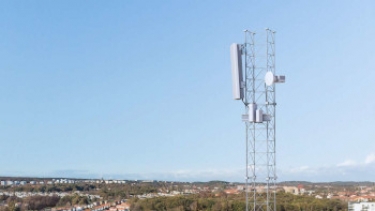 A statement issued by Ericsson said its radio system products would be used by Telekom across Germany.

The telco would use Ericsson spectrum sharing to efficiently manage both 4G and 5G traffic, the company said.

There have been expectations that Telekom would opt for using equipment from Chinese vendor Huawei Technologies following reports earlier this month that the German carrier had stepped up its relationship with the Chinese firm despite warnings from intelligence agencies.

At the time, a Telekom spokesperson had denied the story, saying it was contrary to reality and Telekom had actually scaled down its Huawei business over the past three years.

The report was said to be based on confidential documents that showed Telekom had increased its take-up of Huawei gear for its 5G network and broadband expansion, cloud and TV offerings. And it also said Telekom had requested Huawei to help it gain a technological edge over its competitors.

Under the deal, several Telekom mobile sites will be upgraded to the latest 5G technology standard over the next few years using Ericsson radio system products and solutions. The two companies also have a deal multi-RAN agreement as Telekom takes the next step following the successful joint modernisation of its 2G, 3G and 4G radio networks over the past two years.

The Ericsson spectrum sharing solution will also be used, allowing Telekom to dynamically manage 4G and 5G traffic in its network through efficient use of existing spectrum, enhancing coverage, performance and mobility.

Deutsche Telekom board member for Innovation and Technology Claudia Nemat said: “We are pleased to have found a leading 5G supplier in Ericsson as a partner, who has also convinced us in the past about the modernisation of our mobile access network.

"After the reliable and on-time modernisation, the bar for the 5G roll-out in the antenna network is naturally also high.”

Ericsson Europe and Latin America president Arun Bansal said: “This 5G deal is a testament to the exceptional long-term partnership we have forged with Deutsche Telekom, both here in Germany and around Europe.

"With our global experience and leading technology, we’ll deploy a world-class 5G network in Germany with DT and we’re excited about this next chapter in our relationship."