Despite US tactics, Huawei says 3Q revenue rose by 24% 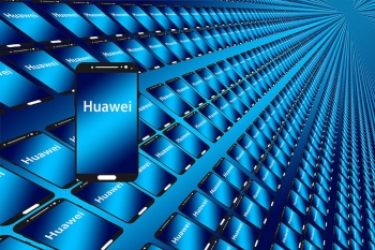 Chinese telecommunications equipment vendor Huawei Technologies has witnessed a rise of 24.4% in revenue for the third quarter of the calendar year, pulling in 610.8 billion yuan (US$85.6 billion), with a net profit margin of 8.7%.

The increased revenue comes after a sustained period of attack on the company by the US, which has attempted to drive down its business by claiming that its 5G equipment is vulnerable to security holes.

The US has also blocked Huawei from obtaining components from American manufacturers and not permitted it to use Google's Android mobile operating system for its mobile devices.

A statement from the company said it had been focusing on ICT infrastructure and smart devices and stepping up the efficiency and quality of its operations.

Huawei said it had signed more than 60 commercial contracts for the supply of 5G equipment around the globe, and shipped over 400,000 Massive MIMO active antenna units.

On the enterprise side, the company said it had launched the Huawei Horizon Digital Platform.

"This open and efficient platform was built on Huawei's extensive technological experience," it said. "With it, Huawei aims to work with customers and partners to build a foundation for the digital world, creating a digital transformation industry worth trillions of US dollars.

"This platform will also help various sectors like government, public utilities, finance, transportation, and electricity speed up their digital transformation."

Huawei said its cloud service development had also been speeded up.

"These products achieved major breakthroughs in government, ISP, automotive, finance, and many other industries. Three million enterprise users and developers have used HUAWEI CLOUD to develop products and solutions."

The smartphone business saw 185 million units shipped upto the end of the third quarter, a year-on-year increase of 26%.

Huawei said its Mobile Services ecosystem had grown to cover 170 countries and regions, with more than 1.07 million registered developers around the globe.

More in this category: « Home phones on the way out, mobiles in ascendancy: survey Is Huawei really a threat? (Opinion) »
back to top