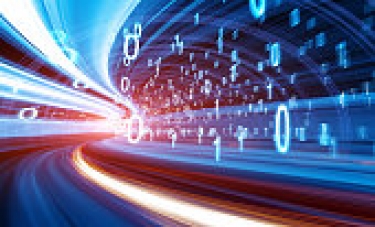 Consumers on NBN fixed-line connections experienced strong speed performance in December last year, with retail service providers achieving between 85.0 and 98.9% of
maximum plan speeds across all fixed-line plans in the busy evening hours of 7-11pm in December 2020, according to the latest Measuring Broadband Australia report from the competition regulator, the Australian Competition and Consumer Commission.

According to the ACCC’s twelfth quarterly Measuring Broadband Australia report, in December consumers received the highest overall speeds since the ACCC began monitoring broadband performance in 2018, and internet service providers delivered a higher percentage of maximum plan speeds in the busy evening hours.

This ACCC’s latest report, for the first time, also provides an indicative view on the performance of the NBN fixed wireless network.

In December 2020, consumers on NBN fixed wireless connections experienced averagespeeds of 78.5% of maximum plan speed, but that declined to around 68.4% of plan speed between 7-11pm.

“Consumers on fixed wireless connections experienced quite good speeds during the daytime, but we observed a reduction from 5pm when the network is busier,” Brakey said.

“Despite the decline in speed, consumers on the fixed wireless network achieved sufficient speeds to access a range of internet applications during the busy evening hours.”

The report also reveals that the number of consumers experiencing underperforming broadband services has continued to slowly decline, falling to 7.7% in Dec 2020.

“A significant proportion of fibre to the node connections delivered maximum speeds below the maximum retail plan speed that the consumer has selected,” Brakey said.

“We encourage both NBN Co and retail service providers to help consumers on connections that do not perform to their plan speed.

“In many cases, these limited speeds are caused by modem or in-home wiring issues and can be fixed with a visit from a technician, or by moving consumers to lower and less expensive speed plans to ensure they receive the speeds they pay for,” Brakey said.

The report reveals that improvements to the way that streaming service provider Netflix compresses and sends content to consumers is enabling households on NBN fixed-line
plans to simultaneously support more high and ultra high definition content streams - and as content streaming accounts for a significant proportion of internet traffic, these changes are also relieving pressure on the NBN network.

The report shows speeds remained strong and stable over the period across all reportedplans, and reaffirms that download speeds were significantly faster during this period than the pre-COVID February 2020 period. During the busy hours of 7-11pm, NBN fixed-line download speeds were maintained.

The ACCC is calling on broadband customers to volunteer to participate in the Measuring Broadband Australia program.

“We are particularly keen to see how gigabit plans are performing, as these plans are increasingly being offered to consumers,” Brakey said.