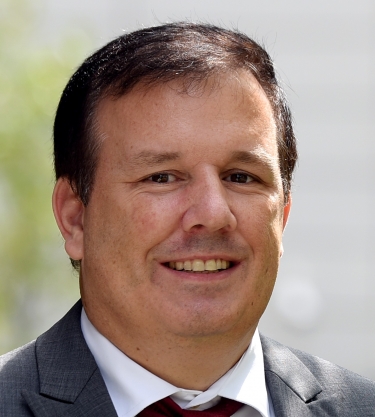 CenturyLInk's Chris Rezentes - Over the Top

US networking giant CenturyLink is greatly expanding its operations in Asia-Pacific, which will include a substantially increased presence in Australia.

CenturyLink is a Fortune 500 company with annual revenues of US$23 billion. Despite its size, is not widely known in Australia. It operates in a number of areas, servicing mostly large enterprises the range of communications, switching, hosting services and security services.

At the heart of CenturyLink’s offering is its Content Delivery Network (CDN), a term that has come into widespread use in the networking industry in recent years to describe the new breed of distributed networks designed to improve the performance of the Internet. CDNs do this by adding large servers at critical points around the globe, enabling much higher downstream bandwidth improving the performance of content in data intensive applications such as video streaming.

CDN is one of the fastest growing areas of telecommunications. Traditional telcos are setting up their own CDN operations, but it is specialist providers like CenturyLink, Verizon and Akamai that are benefiting most from the surge in growth, especially in so-called over the top (OTT) content providers like Netflix, Apple TV+ an Australia’s Stan.

Companies like Google and Amazon and traditional content providers like Disney and HBO are all becoming OTT players. Conventional TV broadcasters are offering OTT catch up services, which is also a large growth area. And online gaming is an increasingly important customer base for CDN operators.

It is all being delivered over the Internet, meaning that demand for bandwidth is increasing exponentially. Latency and buffering are the enemies of a good user experience on a streaming service.

CenturyLink now has a presence in 11 cities across Asia Pacific, including Sydney and Melbourne, and a network presence in eight more. It does not run its own data centres in Australia, but has a close relationship with local operator and market leader NextDC. CenturyLink spun off its own data centre division, Cyxtera, last year to concentrate on its core services of networking, hosting and security. It retains 10% of the company to ensure a continued relationship.

In Australia it leases bandwidth from major backbone bandwidth carriers like Telstra, Optus and Vocus. “We can now offer services over our terabit core network around Australia,” says Rezentes. “With video streaming, performance is everything. The nature of the business and the technology means that it is very easy for customers to switch suppliers, so you have to offer a very good service.”

He talks of CenturyLink’s deep edge cache (DEC) and edge servers, which bring the data close to where it is being delivered. It is a market constantly looking for new technologies to offer a performance advantage.

Asia-Pacific is important to CenturyLink says Rezentes. “Expanding our physical network footprint in the region, and enabling performance improvements in hard to reach markets will help give our customers a true competitive advantage. It's not just speed and bandwidth.

“We offer telemetry, data science and disruptive edge delivery methodologies that help improve user experience during peak traffic hours and minimise the risk of inadequate or inaccurate planning for large events. Ultimately, it’s all about the customer experience.”

Longer term, CenturyLink sees the emerging field of edge computing as an important driver of growth. The technology is closely related to the Internet of Things (IoT), and refers to the ability for large IoT networks the process much of the massive amounts of data that they generate on the ‘edge’ of the network, rather than having to transmit it all back to the core.

“This will be big for us,” says Rezentes. “We see offering services in edge computing as a major growth area. We will help customers build IoT sandboxes and new applications. We are also helping them move into Software Defined Networks (SDNs) and SD-WANs.”

Chris Rezentes is less than twelve months into the job after a long stint with rival Verizon. “The sky’s the limit in Asia-Pacific,” he says. “We’re moving into India with a major licensing deal there. But we see Australia as a key market the region.”