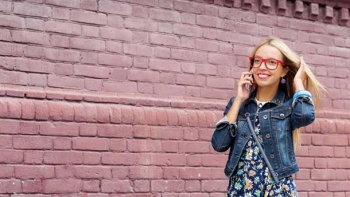 Image courtesy of artur84 at FreeDigitalPhotos.net

There’s some Christmas cheer for mobile phone users, with a new report showing the incidences of consumers receiving unexpectedly high bills has fallen from 33% to 19% since 2013 for post-paid mobile phones.

According to the latest ‘ Reconnecting the Customer – Tracking consumer outcomes: 2016 update’ from the communications regulator, the Australian Communications and Media Authority (ACMA), there’s also been a fall from 26% to 10% over the same period for product bundles offered by telcos.

And, in further good news for consumers receiving those those unexpectedly high bills, the extra amount consumers have had to pay has reduced from $94 to $60.

In addition the AMCA reports that:

•    Overall incidence of making a complaint has decreased from 36% to 31% in the last three years, with a significant decrease in complaints related to mobile phone services.

“In good news for consumers, fewer are experiencing unexpectedly high bills, and they are making better use of spend management tools to monitor and track their expenditure,’ said acting ACMA chairman, Richard Bean.

“They have a clearer understanding about the cost of their communications services, and are better able to plan and budget accordingly.

‘Some perennial customer service issues remain, however, and service hotspots are emerging as consumers engage with new technologies and services. For example, consumers’ experience of complaint resolution rates and timeframes for resolving complaints remains largely unchanged over the past three years,” Bean said.

Other customer service hotspots identified by the AMCA include:

•    Consumer problems with Internet streaming due to slow or poor connections; and

•    Some consumers are caught out using their mobile data allowance when they thought they were using their home Wi-Fi connection (reported by 15% of customers who had received an unexpectedly high bill).

And, in a separate study looking at consumer migration to new technologies, the ACMA notes that another bright spot for telco consumers is that a big majority understand how to connect to the national broadband network, with 82% finding it “easy or not difficult to connect”.

The study revealed that both residents and businesses reported that costs of the NBN were less than or comparable to those paid prior to connecting, although less than a third of residential and business customers change their service providers when connecting to the NBN.

Bean says the research is informing the ACMA’s targeted compliance and education priorities for 2017, with a particular compliance priority to ensure Retail Service Providers are adhering to their requirements under the TCP Code as more customers migrate to the NBN.

He says it will also inform potential enhancements to the TCP Code when it is reviewed later in 2017 and will assist the ACMA in working with the telco industry to ensure continuous improvement of customer care as the communications service environment continues to evolve.

The survey revealed that during the period of the research — from November 2015 to May 2016 — connections to the NBN mostly used fibre to the premises (FTTP) technology.

•    Most residents (82%) found it either easy or not difficult to connect to the NBN, while more than half (60%) of businesses reported this to be the case, noting that there were more complex connection requirements for many businesses; and

•    While services connected over the NBN met the expectations of a majority of consumers, a significant minority of consumers and businesses continue to report ongoing service issues: 17% of residential consumers (and 19% of businesses) expressed concerns about internet reliability and they reported being confused about the role of retail service providers in the connection process.

More in this category: « New ‘check your address’ service launched for NBN Court finds against Harrison Telecommunications over ‘unconscionable conduct’ »
Share News tips for the iTWire Journalists? Your tip will be anonymous