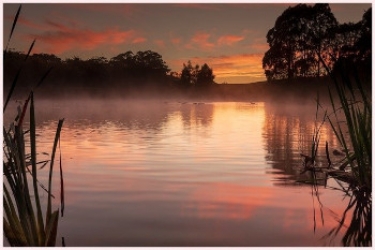 Image by Peter Robinson from Pixabay

The statement said EY representatives Adam Nikitins, Stewart McCallum and Colby O’Brien would act as the administrators. Basslink's lenders have appointed KPMG as receiver and manager of the company.

In December last year, Basslink came out on the wrong side of a dispute with the State of Tasmania and Hydro Tasmania, with three arbitrations into a dispute ending with an award of $38.5 million in damages to the latter two entities.

The dispute in question was over an outage of the Basslink interconnector in 2015. The outage was not fixed for six months.

In Friday's statement, Basslink chief executive Malcolm Eccles said the move into voluntary administration had been made following the dispute and an unsuccessful sale bid to energy infrastructure company APA.

“Basslink has operated in a highly challenging environment for some time,” he said. “Given the issues as a result of the cessation of discussions with APA and the ongoing disputes with Hydro Tasmania, it felt that Administration was the best way to effect change while protecting all stakeholders.

“Basslink emphasises that it has always worked in good faith to progress the implementation of the arbitration awards and to progress the matters under the Standstill Agreement, which included engaging the State and Hydro Tasmania with several proposals for a resolution of issues and proposed repayment plans.

“Regrettably, against the backdrop of many issues and having exhausted options, Basslink needed to take proactive action to put Basslink in the best possible position to navigate forward through these challenges.

“We know this is a challenging time for our small team and their well-being will continue to be at the front of our minds throughout the voluntary administration process.”

Nikitins said the administrators would carry out a preliminary review and assessment of Basslink’s operations.

“Over the coming weeks we will be seeking to assess the best options for the business with a view to restructuring it for a more sustainable future,” he added.

In March 2018, the Tasmanian Government formally lodged a notice of dispute, claiming damages of $122 million for the outage. The dispute went to arbitration in April.

On 20 December 2017, Hydro Tasmania said it had identified the cause of the Basslink failure and cited two experts, from international engineering consultancy DNV GL, which is recognised as a global leader in the field, who said it was because Basslink had exceeded its design limit.

But two days later, Eccles dismissed the findings, saying the expert reports cited as proof merely outlined one possible cause of the outage.

CCI is Cable Consulting International, a UK-based firm regarded as a leading submarine power cable expert, which was initially asked to conduct an inquiry into the cable failure.

On 3 December 2020, Basslink said the arbitrator had found in favour of Tasmania and Hydro Tasmania and awarded damages of $38.5 million to be paid by Basslink.

Hydro Tasmania is a government-owned body and is Australia’s largest generator of clean, renewable energy.