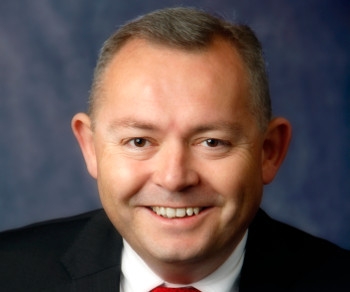 Basslink chief executive Malcolm Eccles has dismissed Hydro Tasmania's claim that it had found the reason behind the Basslink cable failure in 2015, saying that the expert reports cited as proof merely outlined one possible cause of the outage.

The company said that it continued to stand by the independent investigation undertaken by Cable Consulting International, which said the subsea cable fault was caused by a “cause unknown”. And based on these findings, Basslink said it maintained the cable fault was a force majeure event.

The cable link suffered a six-month outage from December 2015 onwards. On Wednesday, Hydro Tasmania claimed two experts that it had commissioned had found the cause of failure, saying it happened because Basslink had exceeded its design limit.

But Eccles (below, right) hit back today, saying Hydro Tasmania's experts had not provided conclusive and definite proof that this was the reason behind the failure.

“Having conducted an initial review of the reports — which are yet to be made public — there are a number of key points that we would like to highlight,” he said. 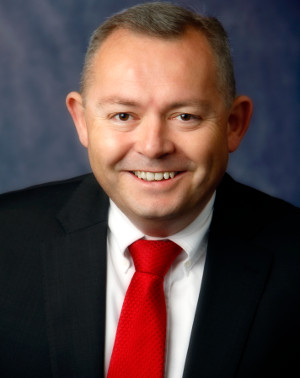 “Firstly, Hydro Tasmania’s experts did no actual testing on the Basslink cable or any similar HVDC cables. They used a theoretical model based on certain assumptions to come to a set of conclusions. These assumptions make the experts’ conclusions speculative and not based on actual facts.”

A statement from Basslink said Hydro Tasmania’s own experts recognised that their reports did not conclusively determine the cause of the cable failure. The reports merely offered an opinion based on certain assumptions, that overheating was caused by excessive transmission of electricity from Tasmania to the mainland.

Eccles added that the expert reports had not solved any "mystery" as alleged by Stephen Davy, the chief executive of Hydro Tasmania.

The statement said the company had operated and maintained the Basslink facilities as per the instructions of the manufacturers, Siemens and Prysmian, and according to "good electricity industry practice".

The manufacturers had a control system and Cable Load Prediction System to protect Basslink facilities from overheating.

"As reported in December 2016, when the Basslink interconnector fault investigation was completed, Cable Consulting International, one of the world’s leading submarine power cable experts, noted that the other section of the cable it sampled was in sound condition," Basslink said.

"Basslink received the reports 45 minutes before Hydro Tasmania and the minister for energy made their announcements. Compounded by the closeness of the Christmas break, Basslink does not expect that it can get an adequate view on the reports, the assumptions contained in them, as well as advice from the manufacturers or from Basslink’s experts in the short term.

"Less than two days after providing the reports to Basslink, Hydro Tasmania has asked Basslink to confirm that it would implement the recommendation to limit the operation of the interconnector to the continuous rating of 500MW while continuing to review the provided reports."

The Basslink statement said its facilities were designed to be operated at a continuous rating of 500 MW, or at 630 MW for limited periods.

"In the circumstances which Basslink has received these reports, and while not accepting the conclusions and recommendations in the reports, Basslink will operate the interconnector at the continuous rating of 500 MW in line with good electricity industry practice," it said. "This will be an interim measure and this position coincides with Hydro Tasmania’s request."

Basslink said it would consult Siemens and Prysmian on the matters raised in the Hydro Tasmania reports.

“Another point to highlight is neither Basslink, nor its cable system manufacturers, Siemens and Prysmian, were consulted during the drafting of Hydro Tasmania’s reports, which makes the reports one-sided,” Eccles said.

More in this category: « Labor claims govt doing 'as little as possible' to reform USO Telstra predicts 1500 TB mobile data download on NYE 2017, 47% more than 2016 »
Share News tips for the iTWire Journalists? Your tip will be anonymous