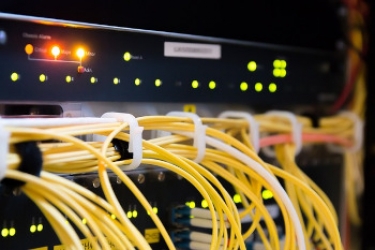 Australia, on the other hand, had download speeds of about 26Mbps, according to the data which was sourced from the UK organisation cable.co.uk.

The report concerned itself mainly with New Zealand statistics and said 87% of the population would have access to fibre by the end of 2022. 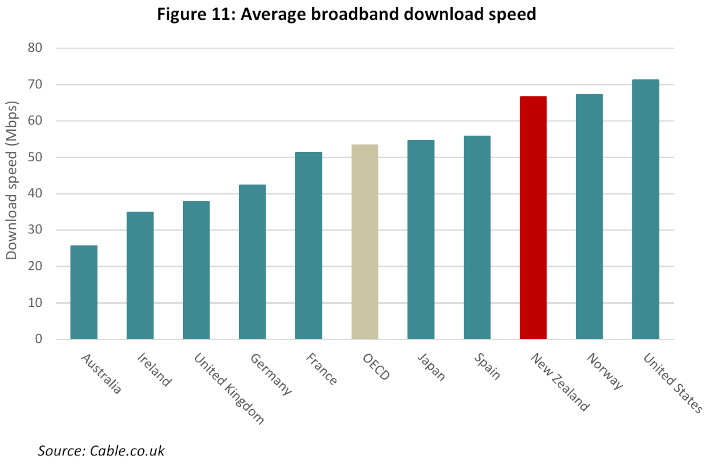 Released on Wednesday, the report provided statistics for the past year and found that while New Zealand was ahead of Australia when it came to mobile affordability — measured against 100 calls and a 2GB monthly data allowance — Australia was far ahead in terms of unlimited data of 100Mbps connections. 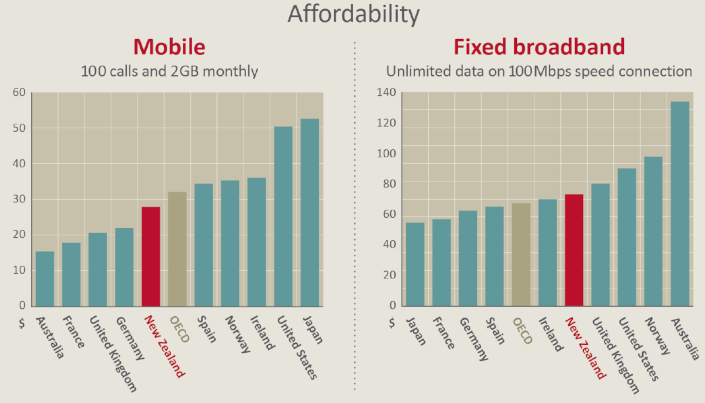 The report said that from August 2021, telco Chorus would be able to stop supplying copper services in areas where fibre is available, if specified consumer protections were met. In the year to 30 September, copper broadband connections dropped 24% to 441,000.

New Zealand ranked third in the OECD for fixed wireless broadband connections with 4.5 subscriptions per 100 people, behind the Czech Republic at 14.9 and the Slovak Republic at 7.9.

Only a third of households that have a home phone are using a traditional copper line, with the balance using either fibre or fixed wireless.

The prices for fixed-line broadband are given in the two graphics below: 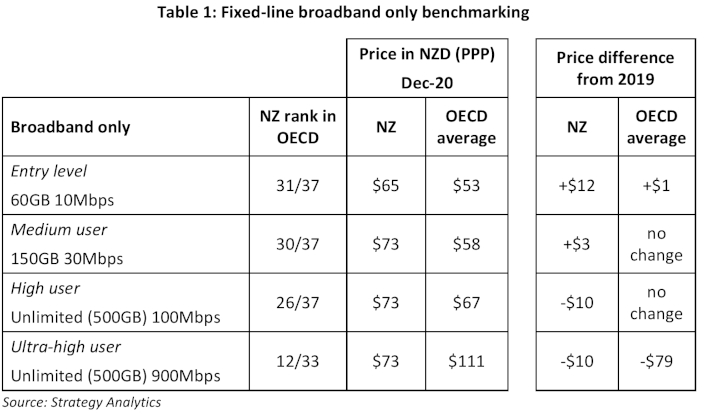 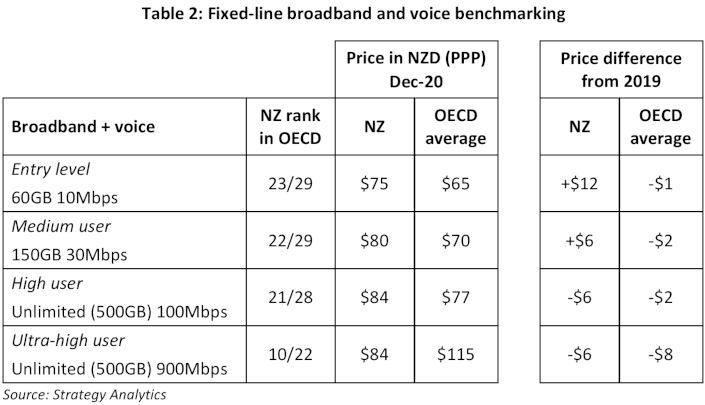 More in this category: « Nokia to halve 5G base station power consumption by 2023 Singapore fixed communications service revenue to decline, says analyst »
Share News tips for the iTWire Journalists? Your tip will be anonymous