Australia broadband cost down, but country ranks 113th out of 206 nations Featured 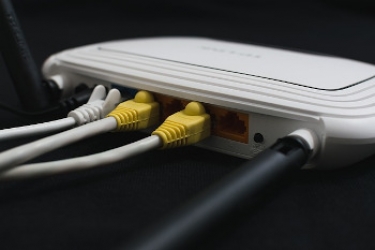 Image by Lorenzo Cafaro from Pixabay

A British website that regularly surveys broadband packages globally has ranked Australia 113th out of 206 countries that it looked at between 28 November 2019 and 8 January this year.

The survey, by cable.co.uk, found that the average Australian broadband package cost US$48.35 (A$70.30) per month, which was, however, a drop of US$4.42 from the previous survey when Australia ranked 74th.

New Zealand ranked 125th, with the average package being US$54. The previous year it had ranked 90th, with average prices that were US$4.77 higher.

The cheapest fixed-line broadband was found in Syria where the average monthly cost was US$6.60 per month, while the most expensive was in Eritrea with the average package costing US$2666.24 per month.

The website said its consumer telecommunications analysts had recorded 3095 fixed-line broadband deals from 206 countries for this survey. These were ranked according to value for money, taking into account both the price and the speeds on offer.

The US was expensive as well, coming in at 119th, with packages costs an average of US$50 per month. In sharp contrast, broadband packages in Russia cost just US$7.35 per month. The cheapest packages in North America were found in Canada (US$34.86).

France was the cheapest country in Western Europe (US$27.81 per month) followed by Germany at US$28.74. The UK was the sixth cheapest out of 29 West European countries.

The complete set of data for the survey can be downloaded here.

Cable.co.uk analyst Dan Howdle commented: “The price of fixed-line broadband globally continues to fall, while speeds continue to rise. In our worldwide broadband speed comparison, released in July of last year, similar disparities were apparent to those seen here.

More in this category: « Vodafone picks Nokia to roll out 5G in Australia Next Telecom expands business with telco acquisitions »
back to top