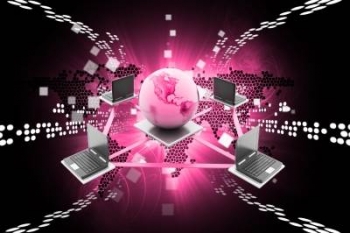 Internet service provider MyRepublic says newly commissioned research has found that three in four (76%) Australians want speeds of 1Gbps or more, with two in three people (66% ) claiming it would have a positive effect on their work and leisure time.

MyRepublic released research carried out by Galaxy in the wake of the launch of what it says is the first Australian Gigatown in Wollongong and to “prove Australians want — and need — affordable ultra-fast Gig speeds”.

According to Nicholas Demos, managing director at MyRepublic Australia, the research also sends a clear message to the nation’s ISP’s and government: Australians are dissatisfied with their slow home internet speeds, they want 1Gbps speeds or more, they are worried about losing the digital economy race, and believe “we are getting a raw deal compared to our Kiwi cousins”.

“When we asked Australia to tell us why their town should become the first Gigatown, the overwhelming theme was the need for affordable ultra-fast speeds of up to 1Gbps.

“As the winning city of Gigatown, MyRepublic lit up Wollongong with speeds of up to 1Gbps.  In addition to the 100 MyRepublic customers who have received free speed upgrades, from today, MyRepublic has also opened up the 1Gbps speed tier plan to a limited number of new customers in Wollongong at $129.99 per month.”

Demos says MyRepublic believes that the 1Gbps plan is a premium product and have positioned it at the $129.99 price point “as we believe that is fair”.

“However, based on the current regulated AVC and CVC wholesale pricing the product would realistically retail well over $200, and as our research showed, only one per cent of people are willing to pay this price.”

According to Demos, MyRepublic is investing more than half a million dollars to subsidise Gigatown and to prove “there is an appetite for the Gig product at the same price point the Kiwi’s pay”.

Demos cites Bill Morrow, NBN chief executive, as recently saying that NBN Co is considering, and is in consultation, looking at a restructuring of the AVC and CVC pricing mechanism.

“There has been hot debate about wholesale AVC and CVC pricing and whilst we are encouraged by NBN’s reduction in CVC pricing, we agree with Mr Morrow and believe the whole model needs to be reviewed as it does not go far enough. In the other countries MyRepublic operate in, the wholesale network (equivalent to NBN in Australia) provide alternative pricing models that allow us to deliver affordable speeds of up to 1Gbps to the consumer market,” Demos says.

“As the fibre broadband leaders in the APAC region, we know the level of network capacity that is necessary to deliver on the customer promise and ensures the customers’ experience matches the underlying performance claims of each plan and this differentiates us from our competition. The current finger pointing between RSP’s and NBN on who is to blame for poor network speeds is not constructive and we would rather focus our energies on ensuring the combined AVC/CVC wholesale price regime works for everyone - the wholesale provider, RSP and the end consumer.”

MyRepublic says the research study revealed more than half of Australians (53%) believe their current home internet speed is too slow to run a business from home, with only about one in four (28%) confident it was up to the task.

And, it also revealed that just one in three homes connected to the NBN (34%) believe their speed is good enough for a home-based business, and one quarter of those surveyed complained their internet is so slow they struggle to use multiple devices at the same time.

“We invested in the nation’s first Gigatown to show the possibilities of what a premium 1Gbps NBN service could deliver for Australian residences, businesses and communities. Australia should be taking advantage of the digital economy. We need to open up more opportunities for people to be able to work remotely, reducing the requirement for commuting and drive innovation, generating real economic and social benefits like more jobs, improve efficiency and economic growth,” Demos notes.

“Finding that more than half of our survey respondents believe their current internet speed is too slow to run a business from home is very concerning for business growth, given the rising trends of home-based micro-businesses, working from home and flexible work agreements. It clearly drives the need for affordable ultra-fast 1Gbps internet speeds. Australia has a great track record of starting innovative companies from the home but we need to support them to survive in the digital world – with the right speed like Gigatown.”

Demos says the survey showed Trans-Tasman rivalry is alive and well – "and New Zealand is winning".

According to MyRepublic, while Australians struggle with slow speeds at home, New Zealanders can access high-speed internet services (up to 1Gbps) for as little as $130 per month.

The ISP also says the majority of Australian home Internet users (85%) believe the 1Gbps service should be available here — and that is should cost the same (as NZ) if not less — and that only 1% believed it is fair to pay more than $200 per month for 1Gbps high-speed Internet service which, based on current wholesale pricing, it would have to retail at.

More in this category: « NBN Co chief rules out imminent pricing change VHA outlines steps for NBN Co to have its cake and eat it too »
Share News tips for the iTWire Journalists? Your tip will be anonymous