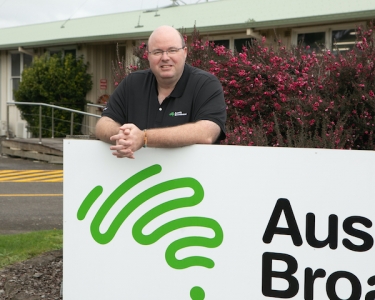 Aussie Broadband, or ABB as it is now designated on the ASX, has a current share price of $1.90 at time of publication, 90c more than its $1 listing, and while it's down from a high of $2.22, ABB's prospects are definitely strong.

Well known for quality customer service and fast broadband speeds, Aussie Broadband is an Australian success story that has now completed a successful listing on the Australian Stock Exchange.

With more than 300,000 residential, small business and enterprise customers, Aussie Broadband is an award winning company that has transformed itself into the fifth largest provide of NBN services in Australia.

It is rolling out its own $67 million dark fibre network, manages its own national and international network to "enable granular control of both bandwidth and troubleshooting to deliver high quality internet and award-winning customer service" and saw its IPO "significantly oversubscribed", with the funds raised to be used to "accelerate infrastructure development, acquire new customers and expand its business product offering".

The IPO raised $40 million, which gave the company an initial market capitalisation of $190.3 million, with the original $10 million customer offer over-subscribed and closed within 75 minutes, with over 9,000 queueing before the offer opened.

Existing shareholders remain heavily invested in the business and there was no sell down in the IPO.

The successful IPO was managed by Shaw and Partners, and "places the company in a strong position to progress its $67 million rollout of its own dark fibre network, which will reduce its reliance on third-party infrastructure and ultimately deliver meaningful long-term cost savings".

The dark fibre project was started in May 2020 and is expected to be completed by 2022.

Britt said this is really the next major step in allowing the company to control its own destiny, adding: "Our own fibre in the ground goes to the heart of our approach to the business. It means that we can control quality and improve our customer experience even more, and it means we can start to drive down our backhaul costs".

In 2020, the company offers "a range of services across the residential, small business and enterprise segments, including broadband, VOIP (Voice over Internet Protocol), mobile plans and entertainment bundles through a partnership with Fetch TV", and noted how in 2016, it became "the first ISP outside the big four to build a network to all 121 NBN Points of Interconnect across Australia".

“As an Australian-owned company, we are committed to having only Australian support centres. This sets us apart from competitors who rely heavily on overseas-based call centres where staff generally know little about local market conditions affecting customers.

“Our business has grown strongly over the past three years due to our reputation for providing high-quality internet at both home, business and enterprise level, and our transparent customer service to ensure our customers have as seamless a service from us as possible.

“Our investors are telling us they want to become part of a business that is operating with incredibly strong ethics and values, that is contributing in unique ways to the Australian community and economy, that has a heart and treats its people well. They want to be part of the Aussie Broadband story, as well as see their capital grow with us,” Britt continued.

Reisinger added: “Automation has been key to keeping costs low and customer experience high, including the award-winning MyAussie app.

“The app was built by Aussie Broadband’s in-house development team in just 45 days, and nearly 70% of customers have used it since its launch in March 2019.”

The company says its app "offers innovative features for customers that have never been seen before from a big telco player, designed to give customers much more control of their own service – through both functions and information. It allows customers to diagnose and troubleshoot their own NBN connection, lodge a fault with the support team, check usage, update account details and add and relocate a service at any time.

"A prime example is the function enabling customers to “kick” their own service (restart a service all the way through the network – rather than just at a modem level on premises), something that was only ever possible previously by calling one of Aussie Broadband’s customer service staff".

In 2020, Aussie Broadband also states it launched the Carbon platform. The platform "breaks new ground for IT Managers and Managed Service Providers across Australia, enabling them to manage services for their business or customers at the touch of a button, and provision services within minutes rather than months".

It its Prospectus FY21, the company forecasts pro-forma revenue of $338.10 million and about 368,000 residential connections.

Aussie Broadband has also won a range of awards, with the most recent going to the aforementioned MD and co-founder, Phillip Britt, who has not only been inducted into the Edison Awards Hall of Fame, but who last month was also named "ACOMMS Communications Ambassador of the Year, which is the highest honour presented by Communications Alliance each year".

Aussie Broadband Chairman and Non-Executive Director Adrian Fitzpatrick said of the IPO: "This is an important day in the history of Aussie Broadband and listing on the ASX marks the beginning of the next chapter of our journey.

“It is clear that today the internet is no longer a luxury item but a necessary part of our daily lives. So, we look forward to meeting the ever-increasing appetite of Australian consumers for fast and reliable internet connectivity.”

More in this category: « TPG's 'felix' to play a cat and mouse game with low-cost brands QCN completes project to connect to all 22 NBN PoIs in state »
Share News tips for the iTWire Journalists? Your tip will be anonymous