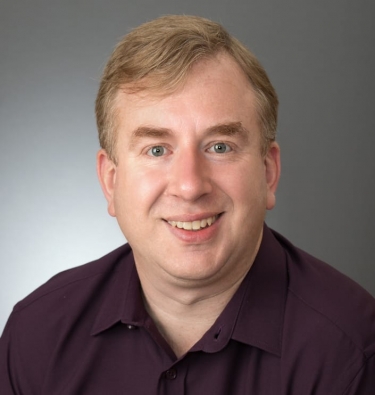 In April, RSP Aussie Broadband announced it had begun building a fibre network.

"It's going quite well," Aussie Broadband co-founder and CTO John Reisinger told iTWire, even though Melbourne's bluestone pavers and the regulations concerning them make it one of the more difficult areas for the build.

The motivation for the project was the long planning horizon required for using fibre wavelengths on Telstra's fibres. It takes anything from three to nine months from ordering to provisioning an additional 10Gb wavelength, so the company has had to predict customer numbers and demand nine months ahead, he said.

With its own 720-core fibre cables in place, all Aussie Broadband will need to do to add bandwidth to a POI is order a new network-to-network interface (NNI) from NBN Co, which is a much quicker process.

This will allow the company to be more responsive and better able to scale, Reisinger said. The private fibre network will give Aussie Broadband more headroom to deal with the 25% a year growth in data traffic.

"It gives us flexibility and control over how we provision our network," he said.

But the fibre rollout is "not a quick project." Connecting to more than 75 NBN POIs and a couple of dozen data centres will take around two years. "We can run multiple projects at once," and sections of the network will go live as they are completed. 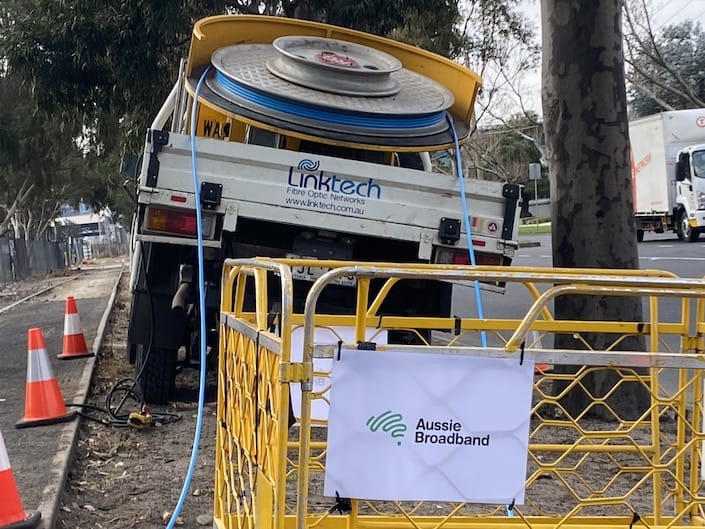 Once the Melbourne ring is complete, the next stage (as far as Victoria is concerned) will be to run fibre out to the suburban POIs, possibly starting in the east of the metropolitan region.

Reisinger said pits have been installed at strategic locations to allow fibre to be pulled from POIs to the ring.

Next on the agenda is Sydney, where a similar strategy will be followed. "We will end up in the five main states," he said, but because there is only one POI in Darwin and two in Tasmania there is no point in Aussie Broadband installing its own fibre in those areas. 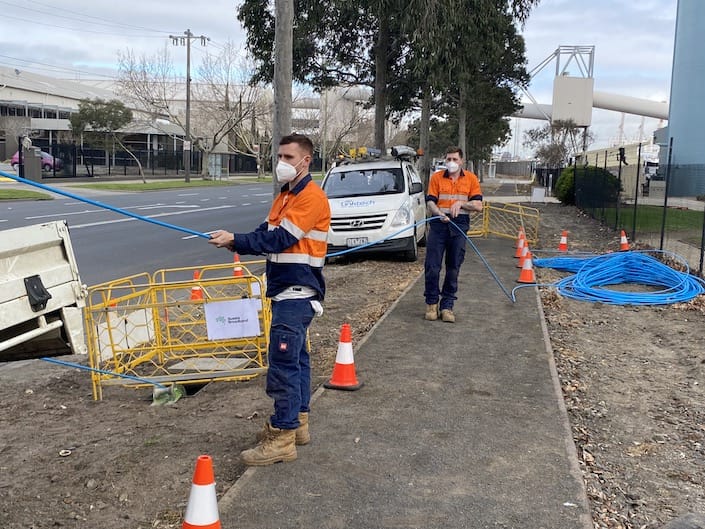 The company plans to use its fibre network to offer businesses with at least 20 employees the option of direct fibre connections. Regulations prevent Aussie Broadband offering such a service to small business or residential customers unless it makes certain structural changes to the company.

These fibre connections will support speeds up to 10Gbps – Reisinger said such customers are likely to want more than 1Gbps, especially with the additional load caused by employees working from home.

Initially, these services will only be offered within approximately 1km of Aussie Broadband's fibre cables, but "we may relax that restriction going forward," he said.

Multiple tenants of one building will be able to have independent fibre connections, Reisinger added.

WBT marketing and business development manager Ben Ciardullo said "being an Australian company with local design and manufacturing capabilities enables us to be responsive to the needs of the market, as well as providing any customisations if required."

More in this category: « ACCAN calls for phone, Internet providers to continue supporting customers during COVID-19 crisis ACMA warns telcos for failing to join industry ombudsman scheme »
Share News tips for the iTWire Journalists? Your tip will be anonymous