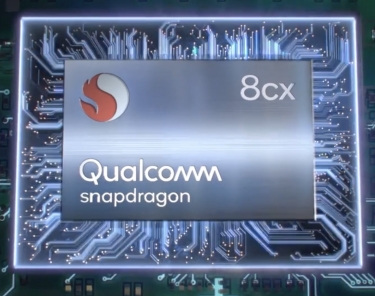 A news report in an online publication's sponsored 5G section talks about the benefits of an always-on 5G connection in the latest crop of Windows-based ARM-powered PC notebooks, but 5G is hard to find, it's not free and your always-on smartphone is an alternative you already own.

A sponsored 5G section within the News.com.au website, which is "brought to you by Optus 5G", or Optu5G as the brand is styling itself, talks about the new ARM-powered Galaxy Book S from Samsung, and the upcoming Yoga 5G from Lenovo, both of which have a SIM card slot that connects to 5G and 4G LTE networks, and according to the Qualcomm Snapdragon 8cx Compute Platform specs, to 2G and 3G networks too.

Laptops with SIM cards have been around for some years, but they've been rare - most laptops and notebooks running Windows simply haven't come with the functionality built-in as standard, with cellular connectivity often only available on business-class notebooks at an extra cost, if available at all.

This contrasts with many Android and iOS tablets that have come with a SIM-card slot option since the first iPad in 2010, and of course all smartphones, many of which these days also now come with either two SIM card slots, or a built-in eSIM and separate SIM card slot, allowing you to be connected to two different networks at the same time if desired, or two on the same network, letting you have two numbers as well - be it one for work and personal use, or a local and an international SIM, or whatever your need for two lines might be.

For me, my iPhone's eSIM is activated by Telstra, as that is my primary number and account, and the SIM slot contains a physical SIM card from Circles.Life, powered by Optus, as I picked up the 100GB for $28 per month with unlimited calls deal during 2019's Click Frenzy promotion.

While Telstra is the best network in Australia, I've found a small handful of places in my travels that have poor Telstra reception, rare though it would be, and it is handy to be able to switch to a totally different network for data whenever needed while having phone calls still come through on a primary number.

My iPhone can even switch between the two data networks automatically if one is stronger than the other, which is pretty cool, and something that no 5G-equipped notebook is offering yet, and I've been tethering both PCs and Macs to smartphone hotspots for years, and before that, using USB 3G and 4G dongles to get mobile connectivity. Before that, I used a GPRS 2.5G PCMCIA card, and even before that, back in 1995, I used a Banksia 33.6K PCMCIA modem inserted into a Pentium 60-powered Windows laptop connected to a Nokia analogue mobile phone to be connected, although back then, that was a very, very expensive way to have mobile connectivity.

So, mobile connectivity is absolutely nothing new, and even having a laptop with an inbuilt SIM card isn't new either.

What is new is that such laptops now not only have 5G compatibility available, but that they're finally being marketed en-masse to the public, and via newspaper articles no less, because their time has truly come - but it isn't without additional cost, as is the case with anything new in the world of technology.

Part of the News Ltd article also talks about how having an always-on 5G connection means no need to connect to public Wi-Fi, which can be insecure, let alone slow, although having a VPN can solve the security problem (if the Wi-Fi hotspot lets your VPN connect, that is) and sometimes, it can even help with the speed problem if a slower speed is programmed in by the hotspot, although that is not usually the case.

Some public Wi-Fi hotspots can also be lumbered with data limits stopping you from downloading OS and app updates with only a few hundred megabytes of data, although Maroubra beach does advertise a surprisingly generous 5GB daily limit.

In any case, having an always-on connection in your Windows-powered PC comes at the cost of lower battery life, and that's where these new ARM-powered Windows laptops come into play. The ARM processor is a lighter on power requirements than traditional Intel-powered PCs, one of the reasons why they're so ubiquitous in smartphones and iOS/Android tablets, and thus promise much longer battery life than traditional laptops, although as always, there are caveats.

Where Samsung's laptop is promising well over 20 hours of battery life, this is only achieved when you're watching videos, as opposed to using the an ARM-powered Windows laptop for constant multitasking between browser tabs, a word processor, Spotify, your favourite messaging app and whatever else it is you are doing.

There's also the fact that having a cellular SIM-equipped laptop will require yet another monthly charge in your life, and if you want some decent data, it won't be cheap either.

You also have to be in range of a 5G tower, something still effectively limited to CBD centres and airports, although the coverage of 5G continues expanding, so most of the time you'll probably only be on a 4G connection.

If you get a Telstra Data SIM - which can be had for as little as $15 per month on a no-contract, month-to-month basis, you can have unlimited amounts of data on it but only at 1.5Mbps capped speeds once you've chewed through the 5GB of data at full speed.

Want 50GB of non-speed limited data before reaching that 1.5Mbps speed cap? Then that will cost $50 per month. Want more gigs of data at the fastest possible speeds? Then it will cost even more, as you'd expect.

Chances are, you already have tens of gigabytes with your current smartphone, which you can easily tether via personal hotspot to your PC or Mac. Make sure you have a portable battery charger to keep your phone charged, and make sure you leave the house or office with your laptop fully charged - and you'll easily get several hours out and about from your existing laptop and 3G/4G smartphone hotspot, and enjoy the same security benefits that an always-on 5G SIM card built into one of these pricey new ARM-powered Windows laptops delivers.

Modern laptops powered by USB-C cables can now be powered by USB battery packs that follow the USB-PD (for power delivery) standard, so the battery pack I carry around can charge my Mac and phone, too, giving me as much freedom from a powerpoint as possible.

If you need 5G, you might find your money better spent on a 5G smartphone from Samsung or Oppo, or HTC's 5G personal hotspot, and you can have 5G via Wi-Fi to your laptop on-the-go, too - and you can connect multiple devices to them if so desired.

Look, the advice in the Optus 5G-sponsored News Ltd article is good - you can now get a laptop running Windows that will last for many more hours than a standard laptop, in a very lightweight frame (with Samsung's Galaxy S in any case) that comes with a 5G SIM card built-in, but unless you're made of money and money is no object, the chances are very high that you're already using a perfectly good Windows or Mac laptop and either already use your phone as a hotspot, use Wi-Fi with a VPN, or use public Wi-Fi happily enough unaware of the dangers this might land you in.

Later this year will see next-gen 5G smartphones arrive, and will likely see a newer-gen Qualcomm Snapdragon ARM processor too, which will be even more powerful.

Of course you cannot forever stay waiting for the next, more powerful version, or you'll be waiting forever, but if you want to buy what is effectively "first-gen" of a new technology, well, it's there, ready and waiting for you - the Galaxy Book S is available now, and the Lenovo Yoga 5G is coming soon, and they are genuine innovations. They'll both need a new monthly bill for your shiny new 5G-capable SIM card - which you'll probably be using in 4G mode most of the time, at least to start with.

So, unless you truly are in the market for a new laptop, or must simply have the newest and best, there's no need to buy an expensive new 5G-equipped always-on laptop just to avoid insecure public Wi-Fi, either use your existing laptop with your smartphone's hotspot, get a VPN, or do both - and save your pennies for whatever newer models come later this year, or in 2021 instead, when there'll be plenty more 5G coverage, too.