All of Huawei's new 2018 smartphones now available in Australia 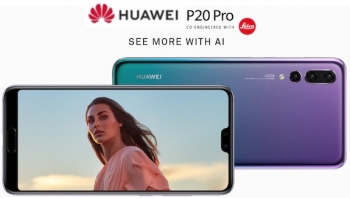 Huawei might be having issues with the government in the US, but at least the company hasn't been ZTE'd out of existence, with its various divisions powering along as much as possible in bringing forth Huawei's latest and greatest in smartphones, tablets, enterprise, telco equipment and more.

The company is one of the biggest tech players in the world and, aside from creating top tech, also engages in a global corporate social responsibility program called Seeds for the Future, which you can read about in my article on it here.

Now comes the delivery of Huawei's latest 2018 devices, having originally been impressively revealed at a special Paris launch event, where the P20, P20 Pro and Porsche Design Mate RS were unveiled to global acclaim and the highest DxO Mark camera ratings yet.

Huawei has also launched its $399 Nova 3e and $299 Nova 2lite range, which offer premium looks, including an iPhone X-style notch with the Nova 3e model to tempt those who want a new smartphone but don't want to pay four figures to get one.

Huawei showcased its new range to the media earlier this month at a Sydney event. Sadly, I was overseas at a tech conference and couldn't attend, but one of iTWire's tech writers and reviewers, Nick Ross, was able to attend, and posted a first look with some amazing photos and a full review to come.

You can find out more detail in the various links above, as well as in the video embedded below, but you may well want to know where you can buy these new smartphones, if you're interested, and that detail is below.

Of note is the fact no Australian carriers seem to have ranged any of the models below, but unless you absolutely must buy on a carrier plan for presumed financial reasons, there's great value in buying your phone outright and bringing that phone to a telco or MVNO's pre- or post-paid BYO phone deals.

Also, there's no word on the Porsche Design Mate RS, but as that is an ultra-ultra-premium phone, your best bet to get one is to visit Porsche Design direct.

It sells for $1099 in Australia, and is available from JB Hi-Fi, Mobileciti and Harvey Norman, in Black and Twilight.

Huawei has a special deal where those who purchase a Huawei P20 Pro smartphone will receive a bonus Huawei wireless headset, with more info on that deal here.

Then there's the Huawei P20.

This models costs $100 less at $999, and is only available at Mobileciti, in Graphite Black, Midnight Blue and Pink Gold.

I'd imagine that for just $100 more, and with that third camera, the P20 Pro will be the more popular of the two P20-series smartphones.

Those who purchase a Huawei Nova 3e will receive a bonus Avengers smartphone case, with more details here.

Here are some of the recent Huawei videos worth checking out:

There many, many more videos on Huawei's P20 and P20 models at Huawei Mobile's YouTube page.

You can also watch the P20, P20 Pro and Porsche Design Mate RS launch in full below – just be sure to fast forward to two hours and 29 minutes in as that is when the launch event truly starts: