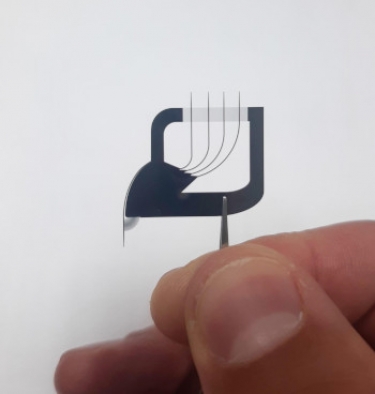 The silicon multiplexer. University of Adelaide

An ultra-small silicon chip called a multiplexer will manage terahertz waves which are an integral part of 6G, the next generation of communications, and beyond.

A statement from University of Adelaide said researchers from Osaka University, Japan, and its own staff had collaborate to produce the new multiplexer from pure silicon. It is meant to handle terahertz-range communications in the 300GHz band.

"In order to control the great spectral bandwidth of terahertz waves, a multiplexer, which is used to split and join signals, is critical for dividing the information into manageable chunks that can be more easily processed and so can be transmitted faster from one device to another," said associate professor Withawat Withayachumnankul from the University of Adelaide's School of Electrical and Electronic Engineering. 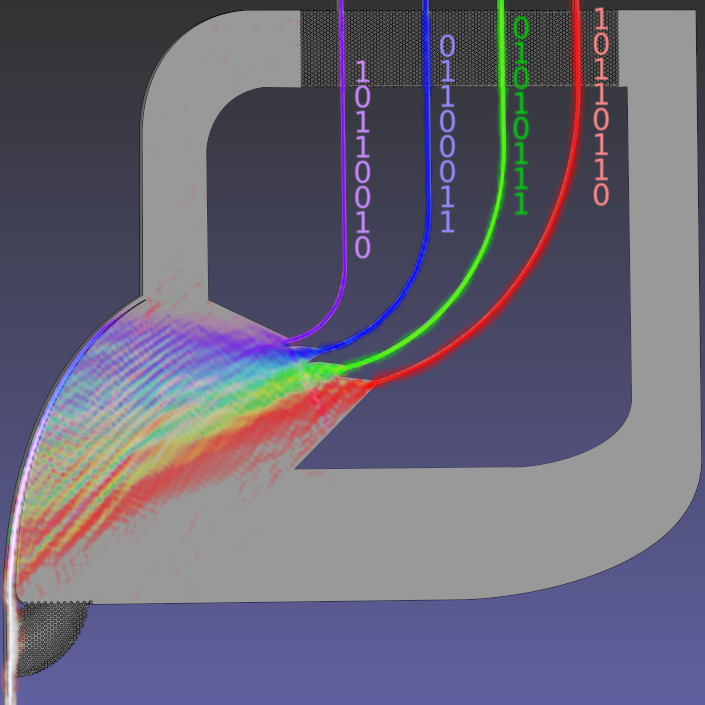 Schematic of the integrated multiplexer, showing broadband terahertz light being split into four different wavelengths, where each is capable of carrying digital information.

"Until now, compact and practical multiplexers have not been developed for the terahertz range. The new terahertz multiplexers, which are economical to manufacture, will be extremely useful for ultra-broadband wireless communications.

"The shape of the chips we have developed is the key to combining and splitting channels so that more data can be processed more rapidly. Simplicity is its beauty."

The statement said as machines began to communicate with each other in the Internet of Things there would be a need for more powerful wireless networks able to transfer large volumes of data fast.

The university said terahertz waves are part of the electromagnetic spectrum that has a raw spectral bandwidth much broader than conventional wireless communications, which is based upon microwaves. 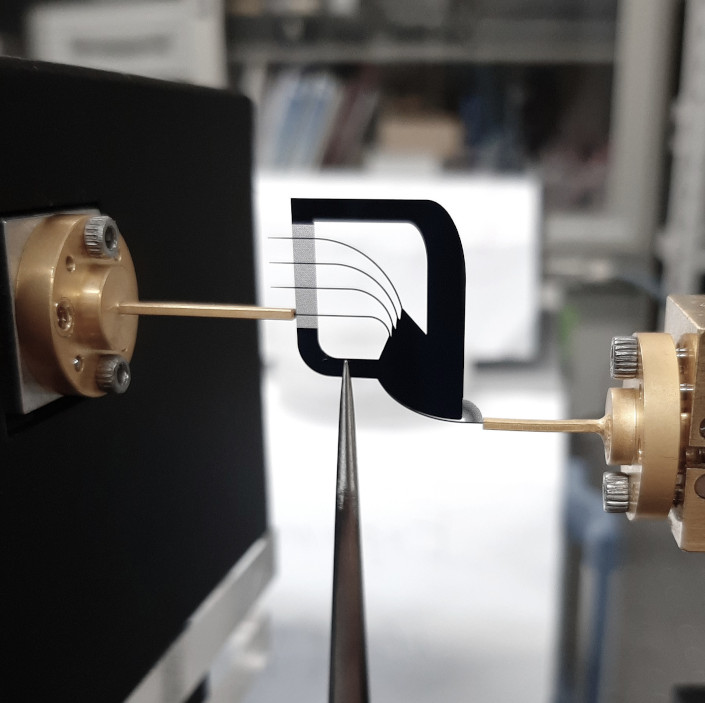 Experimentation with the multiplexer, showing connection to external systems. The multiplexer does not have any form of supporting substrate.

It said the team had developed ultra-compact and efficient terahertz multiplexers due to a novel optical tunnelling process.

"A typical four-channel optical multiplexer might span more than 2000 wavelengths. This would be about two meters in length in the 300-GHz band," said lead author Dr Daniel Headland from the University of Osaka.

"Our device is merely 25 wavelengths across, which offers dramatic size reduction by a factor of 6000."

The new multiplexer covers a spectral bandwidth that is more than 30 times the total spectrum allocated in Japan for 4G/LTE and 5G combined. As bandwidth is related to data rate, ultra-high-speed digital transmission is possible with the new multiplexer. 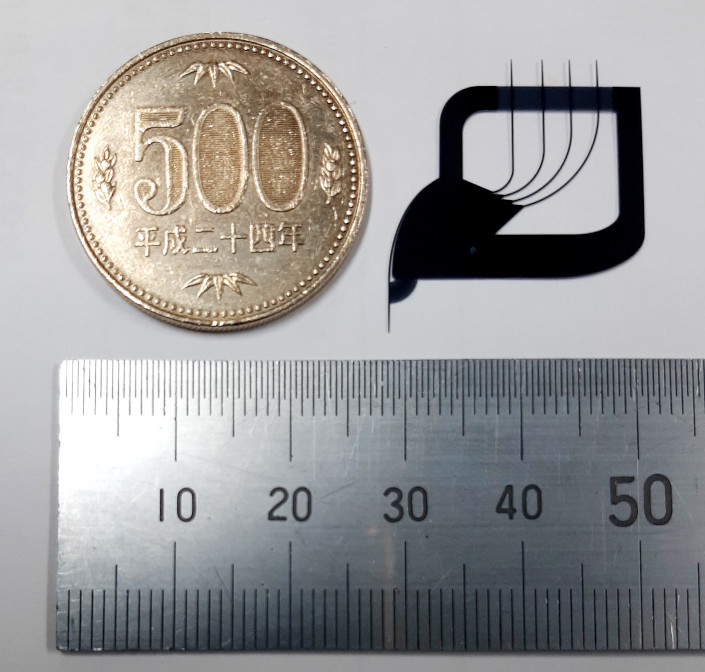 The chip next to a ruler in order to give an idea of its size. All pictures courtesy University of Adelaide

"To make the entire system portable, we plan to integrate this multiplexer with resonant tunnelling diodes to provide compact, multi-channel terahertz transceivers."

"The new multiplexer can be mass-produced, just like computer chips, but much simpler. So large-scale market penetration is possible," said Professor Tadao Nagatsuma from Osaka University.

"This would enable applications in 6G and beyond, as well as the Internet of Things, and low-probability-of-intercept communications between compact aircraft such as autonomous drones."