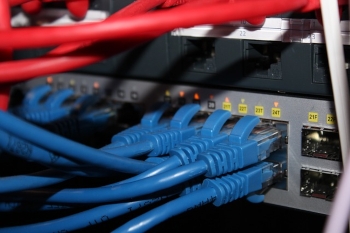 An organisation that represents telecommunications consumers says political parties should make a new affordable home broadband product for those on low incomes a priority ahead of the forthcoming Federal Election.

The Australian Communications Consumer Action Network said in a statement that consideration should be given to providing a wholesale broadband concession to provide those on lower incomes with cheaper broadband connections at home.

ACCAN said a 50Mbps plan that provided unlimited data should be offered at a wholesale price of $20 by NBN Co, the company building Australia's national broadband network.

This would mean an average price of $30 per month for households who were eligible to subscribe to this plan - almost half the existing cost.

“Broadband is no longer a luxury; it is an essential service that should be accessible and affordable for all Australians,” said ACCAN chief executive Teresa Corbin.

“We use broadband daily for everything from connecting to government services and job seeking, to helping children complete their homework.”

The ACCAN statement said the latest figures from the Bureau of Communications and Arts Research showed that the poorest households in the country were paying nearly three times more of their income to stay online than those who were better off.

“Low-income families are increasingly under financial stress, particularly when it comes to cost of communications,” said Corbin. “Over 15% of Australia’s lowest-income earners haven’t been able to pay their utility bills on time – it’s clearly time for change.”

ACCAN said it had consulted a number of organisations before suggesting the price for this plan. Among those whose advice was sought were Anglicare Australia; the Australian Council of Social Service; the Benevolent Society; Australian Seniors Computer Clubs Association; and digital inclusion advocates InfoXChange, WorkVentures, and the Australian Digital Inclusion Alliance.

Anglicare Australia executive director Kasy Chambers said: "“Broadband has become a necessity to meet today’s work and schooling requirements, so everyone should have the same opportunity to be online.

"But many low-income families are missing out or doing it extra tough to stay connected. That’s why Anglicare Australia supports ACCAN’s work to make broadband affordable for everyone.”

And Dr Cassandra Goldie, chief executive of ACOSS, said: "We know that households on the lowest incomes spend almost 10% of their income on communications, far more than the 3.5% spent by the average household.

"For many people on low incomes, being on broadband is simply unaffordable. Making broadband affordable and accessible for people on the lowest incomes is now essential, indeed a lifeline. People must be connected online in order to access government and other services, participate in education, engage in employment, and to avoid deep social isolation.”

More in this category: « Aussie Broadband chief says NBN write-down will lead to cheaper 100/40 plans Nearly a quarter of NBN users on slowest speeds »
back to top