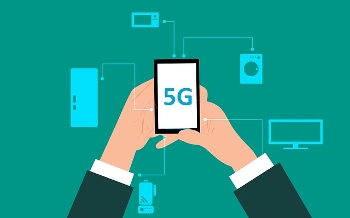 The Australian Signals Directorate claims that comments made by its director-general, Mike Burgess, in October, that there is no separation between the 5G radio access network and its core, are correct and referred to "mature" and "far more capable 5G network architectures".

The agency was responding to an inquiry from iTWire, made on 22 November, and pointing out that Burgess' comments appeared to be contradicted by a 5G trial in Auckland conducted jointly by Chinese telecommunications equipment supplier Huawei and New Zealand telco Spark.

An article on 23 November referred to the contradiction and also to the fact that ASD had not responded to the query at that time.

The trial used a Huawei 5G NR (New Radio on both the C-band and mmWave) and a 4G Radio Access Network, both of which were deployed by using dedicated hardware connected to the Cisco Evolved Packet Core, with each component isolated.

Burgess was quoted by The Australian in October as saying in what many dubbed a major speech: “The distinction between core and edge collapses in 5G networks. That means that a potential threat anywhere in the network will be a threat to the whole network."

In its response, sent to iTWire last week, the ASD said this demonstration was "an early version of ‘5G’ which allows users faster mobile broadband".

"The Australian Government’s concerns with the use of high-risk vendors in 5G networks focused on the risks posed to telecommunications critical infrastructure deploying ‘mature’ and far more capable 5G network architectures.

"These, in turn, break down the traditional notions of ‘edge’ and ‘core’ outlined in the article, and so the article does not change ASD’s assessment of the risks posed by high-risk vendors in 5G networks."

The panel's take was: "The core/RAN distinction is maintained. The basic security architecture of mobile communications, including RAN/core separation, does not change in 5G. In particular, multi-access edge computing (MEC) on the network does not affect this separation; the MEC server interfaces with a user-plane function of the 5G Core (5GC).

"In a multivendor scenario, 5G RAN and 5G Core run on different hardware platforms, and Huawei equipment do not host virtual network functions of core networks. The placing of virtual network functions of the core network will be limited to Edge, Regional and Central point of presence (cloud platforms) of other vendors. The Huawei 5G RAN (base band units) will be co-located with LTE units (base stations) at Far Edge of the network using Huawei dedicated hardware."

Again, the ASD had asserted: "These, in turn, break down the traditional notions of 'edge' and 'core' outlined in the article, and so the article does not change ASD's assessment of the risks posed by high-risk vendors in 5G networks."

The panel's take was: "The 5G RAN and 5G Core are and will be always separated by the standardised and unified NG interface, which makes possible a multi-vendor implementation and deployment using hardware platforms logically and physically separated."

These statements by a panel, whose technical competence and bonafides cannot be questioned, appear to again indicate that separation between the 5G radio access network and its core will be a part of all 5G implementations, right down to the final release which is expected at the end of 2019.

The ASD also referred to the New Zealand decision, to ban Huawei from participation in its 5G networks, as providing context to its statement. But New Zealand's spy agency, the Government Communications Security Bureau, did not make any mention of lack of separation between the 5G radio access network and its core, merely telling the telco Spark that Spark's proposal would raise significant national security risks.

Additionally, more recently, British telco BT said it would be removing Huawei gear from its 3G and 4G core networks as planned, saying: "We're applying these same principles to our current RFP for 5G core infrastructure. As a result, Huawei have not been included in vendor selection for our 5G core." And the BT statement added: "Huawei remains an important equipment provider outside the core network and a valued innovation partner", implying that there was indeed separation between the 5G radio access network and its core.

A final note: readers may wonder why there has been such a gap between iTWire sending a query to the ASD and the agency sending a reply.

iTWire understands that the query did not reach the intended mailbox of Defence media as it was blocked by the Defence Department firewall. Exactly why a firewall should suddenly block email from a sender when it had permitted emails from the same sender through earlier in the year is unknown.

Probably one of those enduring mysteries like the Bermuda Triangle, the disappearance of Harold Holt, the Abominable Snowman and the Loch Ness monster.