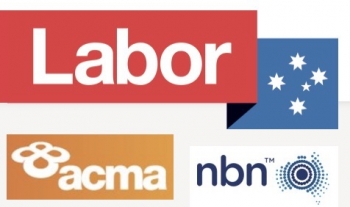 The stats Labor is relying upon are as follows:

As you'd expect, Labor states "these latest results are a clear indictment of a second-rate NBN that has been botched by this divided government.

"The competitiveness of small business will continue to suffer under non-existent leadership which has been seen under [Communications Minister] Mitch Fifield and the Liberals.

"While the Liberals have been fighting amongst themselves, Labor has been focused on consumers.

"If elected, a Shorten Labor Government has announced it will establish an NBN Service Guarantee to safeguard small businesses from excessive downtime that result from faults and delays.

"Labor’s policy will establish the right structural incentives to ensure NBNCo and retail providers are focused on delivering a better experience.

"What is clear is that this dysfunctional government must get its house in order and start putting policies in place which are focused on consumers and not themselves."

As for the ACMA, it states that its report was commissioned "to investigate the experience of households and small and medium-sized businesses moving to and using services delivered over the national broadband network".

"This report contains detailed analysis of both households and businesses, following a snapshot of findings for households published in March 2018."

"The research focused on the experience of consumers who had migrated to services delivered over the NBN in the 12 months prior to the research fieldwork – that is, those who began using their new services between:

The ACMA concludes by stating that "improving the NBN consumer experience is a key priority for the ACMA. This research provides important evidence that has been used to inform recent telco rules to deliver better consumer outcomes and will continue to inform ACMA education and regulatory activities".

You can read more about the report and download it here.

More in this category: « Dodo rebrands with new prices, says it's 'not as stupid as we look' XKL announces solution to boost capacity and distance for 'Fibre to Wi-Fi' networks »
back to top