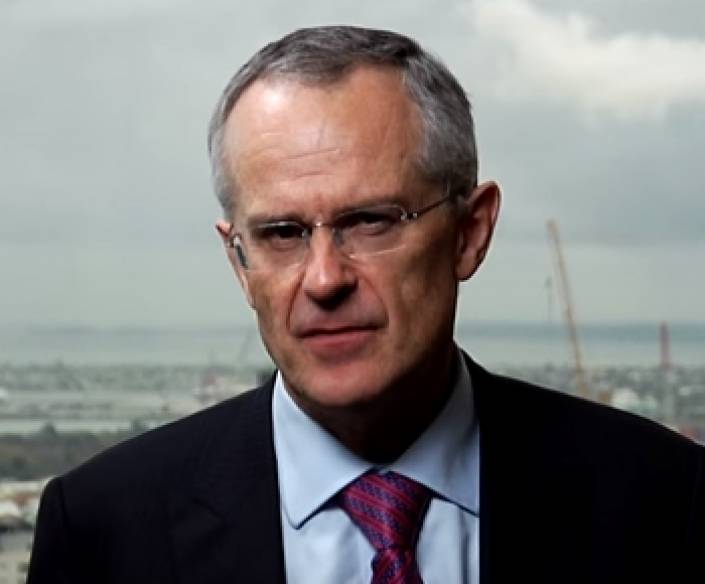 Small broadband provider Aussie Broadband has come out on top in the second report from the ACCC's broadband speed monitoring program, achieving 88.3% of download speed and 89.1% of upload speeds for a plan during the busy period.

iiNet, which was the best performer in the first report released in March, fell to third spot for downloads, behind its parent company, TPG. It was second for upload speeds.

Optus was fourth for both for downloads and uploads. Making up the top six were Telstra and small provider MyRepublic. 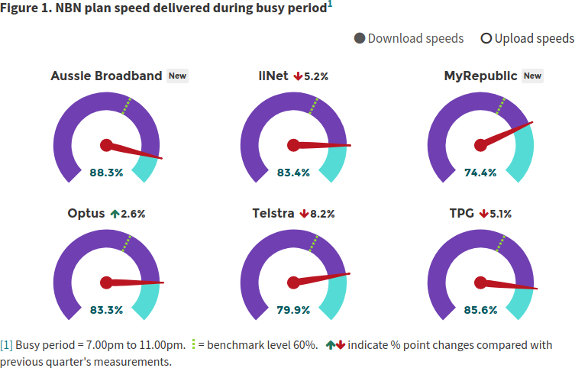 The percentage of download speeds achieved during busy hours.

The ACCC said 70% of tests continued to achieve download speeds of above 90% of maximum plan speeds, which it said was in line with the results of its first Measuring Broadband Australia report.

It said there was "considerable disparity in performance between ISPs with busy hour average speeds of between 74% and 88% of maximum plan speeds".

"One ISP who was lagging the field, Optus, recorded an improvement on the previous report’s result, which illustrates the benefit of the MBA program."

The report found that there was no significant reduction in speeds during the busy period (7pm-11pm) with speeds for most ISPs about one percentage point below speeds recorded across all hours, and the download speeds for MyRepublic reducing by five percentage points. 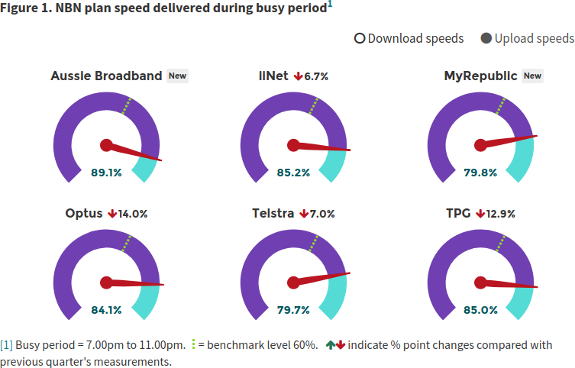 The percentage of upload speeds achieved during busy hours.

“Whilst we are pleased to see that most customers are able to get fast, reliable broadband services even during busy hours, we must focus our attention on those who do not have this experience,” ACCC chair Rod Sims said.

This report also looked at the impact that "under-performing services" were having on overall download speeds.

"These services do not achieve speeds that approach the maximum plan speeds at any time of the day," the ACCC said. "Across the six ISPs, there is potential for speed results to improve by between 1.5 and 9.4 percentage points if these under-performing services instead reached close to the maximum plan speed."

Sims said: “Overall, the results are encouraging, particularly when considering the significant recent migration of NBN customers to higher speed plans, where hard limits on individual connections to the network are more likely to impede services reaching their maximum speeds. 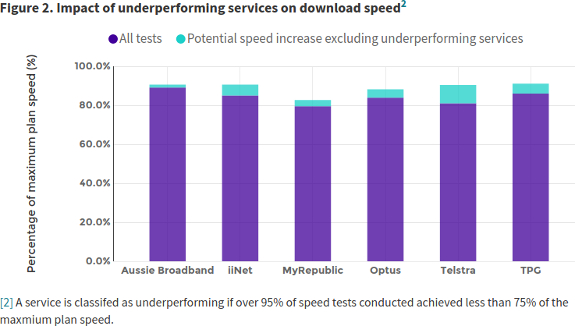 “We urge providers to help customers obtain the full speeds associated with the plans they are acquiring. We also expect ISPs to inform customers of the speeds achievable on their network connections, and better match the plans they offer to those speeds. The recent court enforceable undertakings accepted by the ACCC will help with this."

The report was compiled after testing of 25Mbps, 50Mbps, and 100Mbps plans and ADSL services in May and involved about 800 NBN and ADSL services supplied by more than 15 ISPs, using over 145,000 download speed tests. Results are statistically significant with a small sampling error.

The ACCC said its future reports would provide performance data on a bigger range of NBN fixed-line services and include additional perspectives on the performance of fixed-line broadband services.