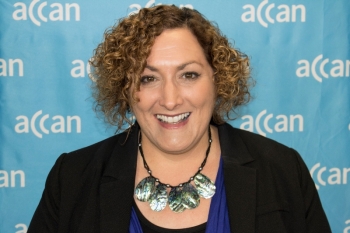 Telecommunications industry consumer lobby group, the Australian Communications Consumer Action Network, has raised concerns that consumers will lose services with what it says is the failure of the national broadband network fixed wireless and satellite services not meeting current broadband requirements.

ACCAN chief executive Teresa Corbin highlighted the group’s concerns in Sydney on Monday when presenting a submission to the NBN Joint Standing Committee.

On the future of ADSL, Corbin told the committee that some consumers were “falling through gaps between the current USO arrangements and Telstra’s commercial interests, as it appears Telstra is removing the option of ADSL services and copper voice services in fixed wireless areas”.

“The many communities on the fringe of the FttN footprint using ADSL will suffer as NBN satellite services are switched on and ADSL is phased out.

“The NBN alternative is a degradation of service to these customers.

“ACCAN is concerned that hundreds of thousands of households will lose services with the failure of NBN fixed wireless and satellite not meeting current broadband requirements. Removing ADSL further affects them with them relying on expensive mobile alternatives.

“It is imperative that the government take the lead on developing an ADSL Future Service Strategy which examines and addresses these issues.

“This must be done in consultation with consumers so that communities can have confidence in future broadband service delivery,” Corbin said.

She told the committee that the fixed wireless situation showed why there is a need for NBN wholesale service standards.

“Significant increases in complaints to the TIO and failing services show existing arrangements are not working. Consumers should be compensated with a schedule of payments if standards are not met.”

Corbin stressed that ACCAN also had concerns about the ability for both fixed wireless and satellite technologies to serve as the network Statutory Infrastructure Provider to all consumers in their current footprints.

She told the committee that without investment and reconfiguration, it was unlikely that either network could meet universal consumer needs now, or into the future, because they would not perform adequately if there was a higher take-up rate.

And Corbin said that while ACCAN was hearing some positive reports about NBN fixed wireless services, significant congestion at network levels was still affecting customers along the eastern seaboard, Tasmania, Perth and Darwin.

“We are hearing from many customers who are frustrated by this experience,” she said.

‘We have concerns about poor customer relations from NBN about congestion and delayed upgrades and due to this lack of information, customers have tried switching providers and spending hundreds of dollars to have technicians advise them there is nothing they can do.

“There are no refunds in place for periods when service hasn’t performed at it should.”

On NBN SkyMuster satellite services, Corbin said they were now offered at similar prices to those in the NBN fixed line and fixed wireless footprints, with significant increases in peak and off-peak data allowances reflecting actual usage.

But, she said uptake of SkyMuster services was slow and customers needed to be informed of service availability and service options.

“Some customers in the satellite footprint are happy with ADSL and alternative fixed wireless providers and there is no incentive to switch,” Corbin said.

“Pressing issues include managing data across peak and off peak times and the SkyMuster Fair Use Policy remains complex and confusing. Businesses in the SkyMuster footprint are still waiting for delivery of long-awaited business plans.”