Optus no: Telco sacks another 400 to 'future-proof' company Featured 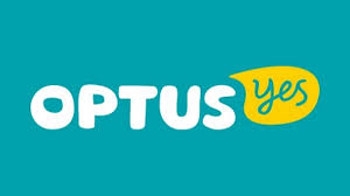 Close on the heels of announcing 200 jobs would go due to phasing out its Virgin Mobile subsidiary, Singtel Optus has announced that it would be making another 400 positions redundant in the coming months.

Staff were informed of the decision on Tuesday by chief executive Allen Lew, who said the sackings would be carried out in order to "future-proof" the company.

Virgin Mobile Australia employees would be considered for vacancies in Optus-owned stores and "also be invited to explore opportunities within our group of companies", a spokesperson said at the time.

In the case of the 400 who lose their jobs in this tranche, an Optus spokesperson said, "Our policy is always to speak with employees who may be impacted by these changes first, including discussing redeployment opportunities."

The spokesperson added: "As part of our strategy, we are creating the next-generation Optus – a world-class, mobile-led, digital service provider which leverages technology to deliver more game-changing experiences and premium content to customers."

Fairfax Media  reported that Optus had 8526 employees as of June 30 last year. This included retail employees and 2000 core staff

Today's cuts are not expected to result in the closure of any retail outlets. Staff from management, administration and redundant staff from other divisions would be hit.

"Optus is making a step-change to the way we work, do business and fund future investments so we can continue to thrive in our increasingly competitive and disruptive market.

"As we make these important strategic decisions, we will ensure we have the right skills and capabilities in place to build our digital organisation, remove duplication and establish a more sustainable cost base.

"We are making a number of changes across the organisation. Certain roles will be impacted either directly or indirectly because of these changes, including approximately 400 roles which will be made redundant."

More in this category: « Moto Android Oreo 8.0.0 update take 2 in Australia for z, z Play and z2 Play Three quarters of global fixed broadband subscriptions are fibre and cable »
BACK TO HOME PAGE
back to top