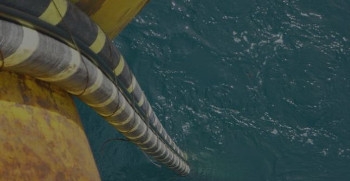 The dispute between the Tasmanian Government and Basslink, the company that manages the undersea data and power cable that links Tasmania to the Australian mainland, will go to arbitration, following a notification from the government to the company.

The dispute centres around a Basslink outage that occurred in December 2015 and was not fixed for six months. Tasmania blames Basslink; the latter in turn maintains that it was a force majeure event.

In a statement on Thursday, Basslink said it had recently attended meetings with representatives of the state to try and resolve the dispute in accordance with the Basslink Operation Agreement.

Given that no concrete resolution was reached during these meetings, the company was notified by the Tasmanian Government on Thursday that the dispute had been referred to arbitration.

Last month, the government formally lodged a notice of dispute, claiming damages of $122 million for the outage.

Basslink responded to the notice by denying the allegations and saying it would follow the dispute resolution steps set out in the agreement.

In Thursday's statement, Basslink also said that the electricity interconnector, which was hit by an outage after routine maintenance was begun on 24 March, would be back and working by 31 May.

It added that it was looking at every possible way to advance this date.