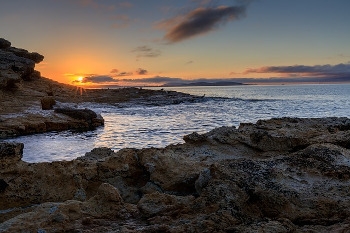 The Tasmanian Government has formally lodged a notice of dispute with Basslink, claiming damages to the tune of $122 million as a result of a six-month outage that began in December 2015.

The state's Energy Minister Guy Barnett said the matter was being handled by lawyers and would now progress through a dispute resolution process which could lead to arbitration.

He added that the government would not provide any more comment at this stage.

Basslink said in a statement that it had received the notice of dispute issued under the Basslink Operations Agreement from the state.

"However, if the dispute cannot be resolved, it would be referred to arbitration in accordance with the steps of the BOA, and Basslink intends to vigorously defend the matters raised in the notice," the company said.

Hydro Tasmania chief executive Steve Davey said: “These are significant matters between the Tasmanian Government and the owners of Basslink, which may result in legal proceedings. Hydro Tasmania therefore can’t comment on these matters.

“We're focused on ensuring Tasmanians have a reliable and fully-functioning Basslink interconnector.

"Tasmania’s energy situation is currently secure and not affected. The DNV GL experts are confident Basslink can safely and reliably operate at 500MW as an interim measure. That’s always been the import maximum anyway.

“Storages are at 36.9% today. That’s an extremely secure level for early autumn, as we approach the wettest months of the year.”

The dispute centres around a six-month outage of the Basslink undersea power and data cable that links Tasmania with the mainland. It began in December 2015.

In December 2016, Basslink, which operates the cable, demanded that the Tasmanian Government and its subsidiary, Hydro Tasmania, resume payments for the cable, claiming the outage was a “force majeure” event (Act of God).

Last December, Hydro Tasmania claimed that two experts it had commissioned had found the cause of failure, saying it happened because Basslink had exceeded its design limit.

However, this was countered by Basslink chief executive Malcolm Eccles who continued to say that it was a force majeure event.

Last week, the government demanded that the company pay damages, alleging it had breached warranties about the design and construction of the Basslink interconnector; this was denied by Basslink, which reiterated that the failure was an act of God.

More in this category: « Broadband Forum 'forges ahead with holistic approach to broadband network development' Vocus refuses to confirm identity of NZ business buyer »
Share News tips for the iTWire Journalists? Your tip will be anonymous