Write-down of NBN firmly on the cards: Budde Featured 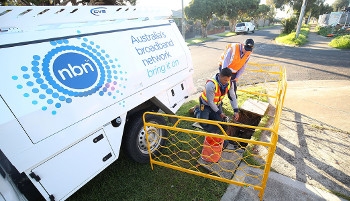 A write-down of the national broadband network is now firmly on the cards after the competition watchdog joined the chorus supporting it, according to telecommunications analyst Paul Budde.

In a blog post published on Sunday, he said that since Prime Minister Malcolm Turnbull had not introduced essential structural changes after the 2016 election, it had become obvious that the value of the network would have to be cut by half.

While the government did not welcome this reality, many others, including the ACCC, had now joined the call for a write-down, Budde said.

"The fact that the ACCC has now joined the chorus is a significant development. It is important to mention that the ACCC is not a political organisation and that it genuinely operates in the best interests of the country," he wrote.

The rollout of the NBN is scheduled to finish in 2020. Budde said it was important to complete it and leave the network in the best possible condition - and also complete connections to the 400,000+ that were in the too-hard basket.

He noted that it would be important to have most premises connected to gigabit networks, and that the manner in which this was implemented should be left to network engineers.

And gigabit speeds should be provided through wired or wireless connections, he said, pointing out that, "at this point in time it is unfortunately not yet known whether a 5G connection for the last 50 or 100 metres is technically viable and, importantly, if such a connection will be able to provide affordable high-speed broadband to the users".

"However my worry is that we won’t get a rational solution along the above-mentioned lines. Since I first became involved in the Australian market (1983) telecoms has been a highly politicised environment, and it would be a miracle if that were to suddenly change now."

He said that supporting the NBN Co financially or splitting it and selling it would be equally disastrous, "if there is no long-term strategy in place on how to move the whole network towards a fibre-based one", he said.

"One could easily end up with monopolies based on technologies such as fixed-wireless, HFC and FttN, and again the fibre optic backbone network needed for the next development of the mobile networks (5G) would need to be included in a holistic national infrastructure strategy."

Budde called for a bipartisan approach to the future of the NBN, taking the national interest into account.

"Apart from the Trump administration there is no other country in the world that doesn’t have bipartisan support for its telecoms strategy; surely this should be an area that needs to be developed by technical experts and not by politicians," he said. "Could the industry perhaps take the initiative here and mediate the politics?"