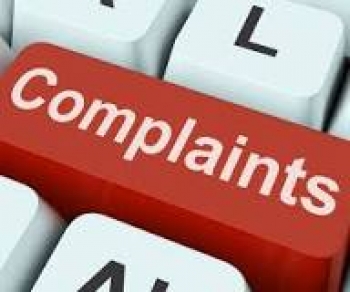 Complaints about services delivered over the NBN have blown out significantly. The Telecommunications Industry Ombudsman reports an increase of 117.5% in NBN-related complaints for the six months to the end of December 2016 compared to the corresponding period in 2015.

The TIO does say, however, that the rate of increase in these complaints is slower than the rate of new premises connected to the National Broadband Network.

But despite this, complaints about services delivered over the National Broadband Network were up 6.8% to the end of December compared to the preceding six months – January to June 2016.

The TIO’s six-monthly update for the period between 1 July and 31 December 2016 shows that, in total, residential consumers and small businesses made 65,970 complaints about their landline, mobile or Internet services.

The report also reveals that there were complaints recorded against 324 phone and Internet providers over the six months.

As also reported today by iTWire, the TIO report has drawn scathing comment from the Australian Communications Consumer Action Network (ACCAN) which has called on the industry to improve its complaint handling processes immediately “before they fall even further behind and lose the gains of previous years”.

“We are very concerned about what appears to be a trend of complaints going up across the board,” the ACCAN says in its statement.

And, in its own defence, the operators of the National Broadband Network, NBN Co, headlines its statement on the TIO report by downplaying the level of complaints and highlighting what it says is now a “downward trend” in NBN complaints figures.

NBN Co also highlights that complaints to the TIO about services delivered over the NBN network have dropped by 30% “when taking into account the increase in the number of active services”.

Other key findings of this latest TIO report include:

Proportionally, Victoria and South Australia were at the top of the table, making the most complaints (per 1000 population) to the TIO, with ACT and New South Wales, Queensland, Tasmania, and Western Australia, in that order, trailing behind, recording the lowest number of complaints.

Of all the complaints to the TIO, 86.7% were from residential consumers, and 13% from small businesses.

More in this category: « Pre-budget call on govt to reassess ‘bad debt’ rollout of NBN ACCAN slams defensive NBN Co over complaints »
Share News tips for the iTWire Journalists? Your tip will be anonymous