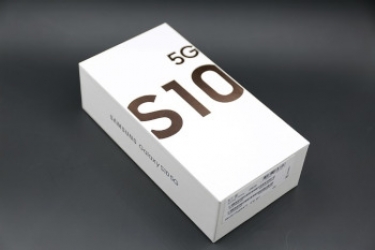 The 5G launches in Asia have gone well and there has been quick uptake in the few markets where the technology has been deployed, the credit ratings agency S&P Global Ratings says, adding however that in some markets 5G-related costs and spending could hit margins hard.

The agency said higher data consumption pointed to 5G as a source of faster revenue growth, but "5G is a slight credit negative, however, because high capex and marketing costs will weigh on margins".

In a research paper released on Sunday, analyst JonHong Park said: ""We believe 5G's faster network speeds, combined with growing demand for high-quality video content, will drive up demand for data usage. However, the costs related to rollout and competition will hurt margins."

"This continues to weigh on their earnings. As a result, mobile network operators are incentivised to bypass the NBN with their own 5G FWA networks."

Park said South Korea had been a pioneer in the region and as a result the impact of 5G was already visible.

"Within six months of its launch of commercial 5G services in April 2019, around 3.5 million subscribers (representing 5% of total wireless subscribers) adopted 5G services," he pointed out.

"Moreover, they consumed triple the data of 4G LTE subscribers over the same period. As a result, average revenue per user has improved for South Korea's three leading telcos: SK Telecom, KT Corporation and LG Uplus."

On the negative side, Park noted that all three operators had also reported declining margins, due to the heavy expenditure on marketing and deployment.

He said while China's 5G rollout was at an early stage, an aggressive buildout of infrastructure networks was expected to support the technology.

"The country is in a hurry to get moving, in our view. Its three state-run telecom operators, China Mobile, China Telecom and China Unicom rolled out 5G mobile services on 1 November, ahead of the country's initial timeline of a 2020 launch," he said.

"The services have been launched in 50 major cities including Beijing, Shanghai, and Shenzhen. However, the country faces unique headaches due to technology-related trade tensions."

The first 5G network in Japan is expected to be rolled out in March 2020 with Singapore likely to follow later the same year.