49Mbps will be highest speed needed by 2026: govt study Featured 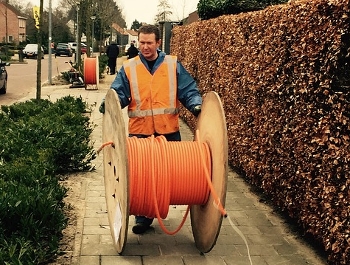 A working paper released by the Department of Communications and the Arts on Tuesday claims that the rollout of the national broadband network should provide enough bandwidth for Australian households through to 2026.

The paper, titled Demand for fixed-line broadband in Australia, forecast that by 2026, the average household would use 420GB of data per month, more than four times the demand in 2016 which was put at 95GB per month.

The 42-page working paper, issued by the Department's Bureau of Communications and Arts Research said peak bandwidth demand for the households with the highest usage was forecast to increase from between 11Mbps to 20Mbps in 2016 to between 20Mbps to 49Mbps in 2026.

The paper said: "Bandwidth can be compared to the flow of traffic on a road, with the rate at which those cars travel dependent on the capacity of the road (the number of lanes) and the number of cars on the road at any given point in time.

"The more cars that use the road at the same time the slower will be the flow of traffic. In peak periods, it will take longer for any one vehicle to reach its destination."

The paper said that the following factors influenced both bandwidth demand for individual households and at a regional basis:

The report said it had taken into account the increasing use of video on demand, Internet-of-Things device growth, and virtual reality adoption when making predictions about bandwidth demand.

More in this category: « NBN Co's quest for more ARPU is ill-fated: network expert Greens keep pressure on govt over NBN, Internet speeds »
Share News tips for the iTWire Journalists? Your tip will be anonymous