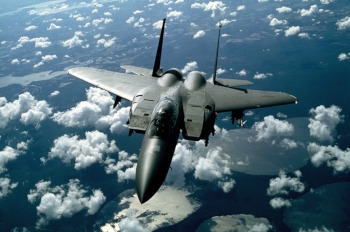 The conditions that vendors have to satisfy to bid for a massive US Defence Department contract appear to be sharply skewed to favour the online retail giant Amazon, the American magazine Vanity Fair claims.

The contract, known by its acronym JEDI — Joint Enterprise Defence Infrastructure — is meant to unite all Defence services under one cloud vendor as the CIA did in 2013 with Amazon at a cost of US$600 million, the magazine said in a detailed investigative report.

As iTWire has reported, Amazon, Google, Microsoft and Oracle Corporation are said to be in the running for the contract which is expected to be awarded by the end of September. It will be worth US$10 billion.

Microsoft was said to have improved its chances by winning a deal to supply cloud services to 17 intelligence agencies in May.

But now that assumption may have to be revised, given the criteria laid down for the company that will ultimately get the contract.

Vanity Fair quoted insiders as saying that the 1375-page request for proposal contained a number of conditions that only Amazon could satisfy.

One was that a bidder must already be pulling in more than US$2 billion a year in revenue from a commercial cloud implementation. A second is that any bidder must keep its data centres at least 150 miles (241 kms) apart and provide 32GB of RAM, both specs that few apart from Amazon can satisfy.

The report said although talk of the Defence Department joining the cloud had been going on for some time, the call for bids was only put out after the Defence Secretary James Mattis hired Sally Donnelly, a lobbyist from Washington DC who had been a consultant for Amazon.

Donnelly worked as an adviser to Mattis while the JEDI specifics were being finalised and Mattis visited Amazon's headquarters in Seattle while she was still working for him. And as the contract details were being bedded down, Donnelly's former lobbying company, SBD Advisers, was bought by an investment fund that was connected to Amazon's cloud-computing arm.

The report said questions had been raised over the level of access that Amazon chief executive Jeff Bezos had in Washington. It quoted John Weiler, an industry expert who runs a trade group that includes many leading IT firms, as saying: "When you have that kind of access during a $10 billion procurement, that compromises the integrity of the procurement. Amazon was basically able to write the playbook.”

In a response provided to the magazine, Amazon Web Services said it was "eager to participate in a fair, open, and competitive bidding process that allows the customer to thoroughly analyse the various providers and select the solutions that best meet their needs".

Published in Technology Tenders
Tagged under

More in this category: « NSW Govt touts digital smart procurement benefits in deals with telcos, Microsoft and Salesforce
back to top