YouTube too big to clean up completely: Google's Pichai 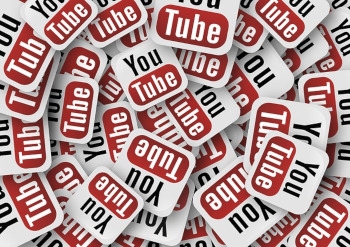 Google has admitted that YouTube is far too big for it to clean up the site and remove every bit of harmful content.

The company's chief executive Sundar Pichai told the American network CNN on Sunday that it was tough to completely clean up such a huge system.

“We’ve gotten much better at using a combination of machines and humans,” he said. “So it’s one of those things, let’s say we’re getting it right 99% of the time, you’ll still be able to find examples.

"Our goal is to take that to a very, very small percentage well below 1%.”

YouTube experienced issues in 2017, with major advertisers pulling their ads beginning in March when a report appeared stating that ads from well-known companies were appearing on videos which had racist, sexist, extremist and anti-Semitic content.

Other issues faced by the video-sharing channel involved clips containing scantily clad children which showed ads of major advertisers, leading to them pulling their ads.

A Reuters report said hundreds of paedophiles had posted comments below the videos, which appeared to have been uploaded by the children.

Pichai told his interviewer, Poppy Harlow, “Any large scale systems, it’s tough. Think about credit card systems, there’s some fraud in that. ... Anything when you run at that scale, you have to think about percentages.”

Asked why YouTube had taken nearly seven years to remove videos claiming that the massacre of children at Sandy Hook Elementary School in Connecticut in 2012 never took place, Pichai did not give a straight answer, but danced around, saying he wished that the company had gotten to the task of removing such videos much earlier.

The Google chief was not asked about the fact that numerous alternative media sites have now been demonetised as a result of the purge of content which Google says is unsuitable for YouTube.

More in this category: « Regulatory intervention not currently needed for NZ telco services: regulator China search plan off, but Google open to future ventures »
back to top