Writing code to order can land you in jail 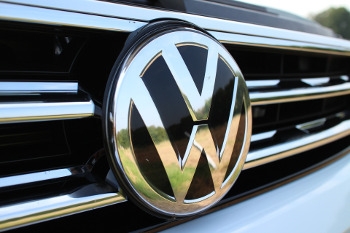 What happens if your boss asks you to write code that could be used to bypass the law? Do you follow his/her instructions blindly and keep your job or object and possibly receive marching orders?

An executive of a software company has raised the issue in a tweet, pointing to the fate of James Liang, an engineer at Volkswagen who helped design systems that allowed the carmaker to bypass pollution standards and still appear to be following the rules.

Ted Neward's tweet said: "Every. Single. Software developer. Must. Take. Note. You can go to jail for the code your boss tells you to write."

Liang was sentenced to 40 months in prison for his role in the Volkswagen deception, according to Reuters.

He was said to be "a pivotal figure" in the scheme that resulted in vehicles emitting up to 40 times the permitted amounts of smog-forming compounds during normal driving while still appearing to adhere to standards.

YOU can go to jail for the code YOUR BOSS tells you to write. https://t.co/3MZGHqI4dy

Volkswagen has admitted that it used software to bypass environmental regulations in Europe and the US from 2006 to 2015.

The company faced charges that it sold diesel cars and four-wheel drive vehicles without emissions control systems that could have compromised performance or inconvenienced customers.

Volkswagen avoided commenting on Liang's sentence, saying: "Volkswagen continues to cooperate with investigations by the Department of Justice into the conduct of individuals. It would not be appropriate to discuss personnel matters."

Liang is no longer an engineer at the German company but is still employed there.

Eight former and current employees have been charged in the case.

More in this category: « Uber drivers finding ways to trick system: study Google bows to EU search demands, offers no detail »
Share News tips for the iTWire Journalists? Your tip will be anonymous