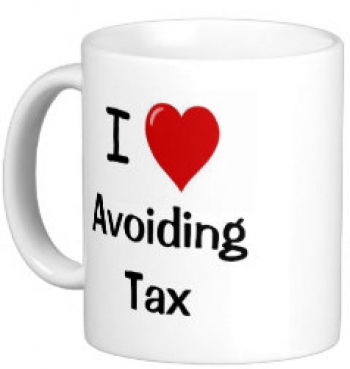 The Australian Commissioner of Taxation has declared war on multinational tax avoiders. He is fed up with pathetic excuses for non-compliance and will use new powers to make them pay.

Chris Jordan has declared “You must pay your fair share of tax on the profits you earn here. There is no getting around it, there are no exceptions to be made,” he said.

Some 60 companies have been warned that outlandish claims pushing the envelope of reasonableness will not be tolerated. For example, Apple revealed it, as the world’s largest Tech company paid taxes of A$85 million in Australia last year on sales of $7.9 billion.

“The excuses we hear are frankly over the top — how is it possible that companies known for their new-age technology and innovative products and services fail to be able to furnish us with basic reports showing their business structure, profits, how much tax they’ve paid and where?” he said.

Jordan would not name names and it is clear that it is not just US tech giants including Apple, Google, Microsoft et al aren’t paying enough tax – the Australian Tax Office has some 290 large businesses under active review and many investigations have unnecessarily dragged on long enough.

Jordan said 50 audits and 350 reviews of large public groups conducted last financial year delivered $1.6 billion in cash to the ATO. “A former Federal Court judge had been appointed to help design and test the legal settlement process. The ATO will not settle a dispute at any price," he said.

"This independent examination of our settlement ensures that the best outcome is likely to be achieved, and that we are settling the right cases in the right way. The ATO was currently conducting 70 audits of large businesses, and now had more than 150 people working in the group focused on tax paid by international companies."

He told Senators he was confident he now had sufficient powers to extract the right amount of tax from the biggest companies.

The government has introduced laws to clamp down on "thin-capitalisation" and "transfer pricing" - key planks in the "operate here and bill overseas business model".

The new laws and ATO crackdown are part of global efforts to stop international firms shifting their profits to lower-taxed jurisdictions. Britain and Italy have moved to recoup more than €500 million ($797m) from Google which is seen as among the worst culprits. “My message to companies operating in Australia is clear — you must pay your fair share of tax on the profits you earn here,”

This is a separate issue to the new laws requiring GST to be paid on off-shore digital purchases delivered here – dubbed the Netflix tax.

More in this category: « Regulatory changes needed in face of ‘digital disruption’: ACMA Australia now on piracy trust list »
Share News tips for the iTWire Journalists? Your tip will be anonymous