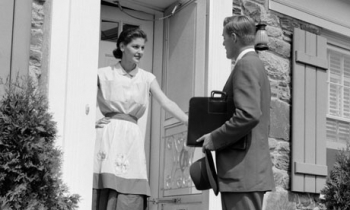 The ACCC has continued its pursuit of dodgy door-to-door sales practices, this time taking Origin Energy to court.

The watchdog is alleging Origin "made numerous false and/or misleading statements to consumers and breached the Unsolicited Consumer Agreement (UCA) provisions of the Australian Consumer Law,” according to chairman Rod Sims.

This is the fifth action brought by the Australian Competition and Consumer Commission over direct sales by energy companies in recent years, and this latest action involves Origin and SalesForce, which represented Origin in the door-to-door sales.

“The allegations also involve several instances of unconscionable conduct as well as instances of alleged undue harassment and/or coercion by sales representatives, which the ACCC considers to be particularly serious."

The allegations relate to thirteen different consumers across NSW, Victoria, Queensland and South Australia between September 2011 and December 2012, with sales agents claiming there was a government requirement for the consumer to change providers to Origin; the consumer had been overcharged by their current electricity provider; and/or that Origin had approval from, or was affiliated with, the Electricity Trust of South Australia.

“The ACCC is also alleging that the sales representatives engaged in unconscionable conduct, which involved particularly vulnerable consumers who were unable to understand the agreement. It is alleged that the sales representatives in these instances employed undue pressure and/or unfair tactics in their dealings with these vulnerable consumers,” Sims said.

Origin said in the middle of the year that it would stop door-to-door sales by the end of September. It would be the last of the major energy retailers to do so.

As we reported earlier this month AGL was fined $1.5 million for illegal door-to-door sales following action by the ACCC.

More in this category: « Telstra slashes international roaming charges Grays pays the price in black and white decision »
Share News tips for the iTWire Journalists? Your tip will be anonymous