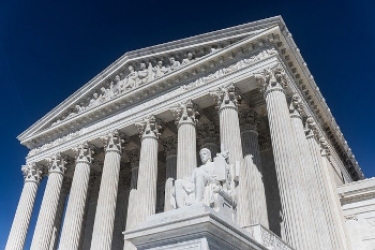 Image by Mark Thomas from Pixabay

The US Supreme Court has raised the possibility that the long-running battle between Google and Oracle could be sent back to a federal appeals court in order that the search company's claim that its use of Java APIs in Android was covered by fair use.

Bloomberg reported that the judges also questioned Google's claim that it could not have created code to do the same function as the APIs without forcing developers to learn a new language.

The highest court in the US agreed to hear the case in November last year in order to decide whether Oracle should receive damages from Google for copyright infringement.

Hearings were scheduled for March but were put off due to the coronavirus pandemic.

Justice Neil Gorsuch told Google's lawyer Thomas Goldstein on Wednesday that Apple and other firms had "come up with phones that work just fine without engaging in this kind of copying".

Chief justice John Roberts expressed doubts about Google's actions, likening them to someone who broke into a safe.

“Cracking the safe may be the only way to get the money that you want, but that doesn’t mean that you can do it,” he told Goldstein. “If it’s the only way, the way for you to get it is to get a licence.”

A number of technology companies, among them Mozilla, Microsoft and IBM are backing Google in the case. Media and entertainment companies are also behind the search behemoth. A ruling by the court is due in July next year.

The Trump administration has backed Oracle, saying that though the appeals court's ruling was not entirely "free from doubt", on balance the Federal Circuit Court had gotten it right.

Solicitor-General Noel Francisco wrote at the time: “Google copied 11,500 lines of computer code verbatim, as well as the complex structure and organisation inherent in that code, in order to help its competing commercial product.

In August 2018, the US Federal Circuit Court of Appeals rejected Google's bid to have the case reheard. This meant that the decision — that Google's use of the Java APIs was "not fair as a matter of law" — would stand, and the search giant would have to fork out US$8.8 to billion to Oracle or else try to take the case to the Supreme Court – as it did.

Google then went to the Supreme Court in 2019, seeking to have the highest court in the US again rule on the dispute.

More in this category: « Google may soon face anti-trust suits in US, China: reports US report says big four tech firms need to be reined in »
Share News tips for the iTWire Journalists? Your tip will be anonymous