US politicians urge Google to cut ties with Huawei Featured 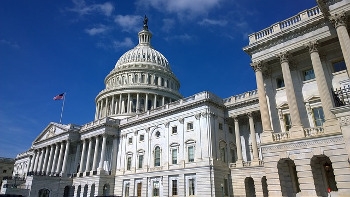 Five US politicians have written to Google chief executive Sundar Pichai, urging him to cut ties to the Chinese telecommunications firm Huawei Technologies, and pointing out that while Google is unwilling to help the US military, it is apparently willing to co-operate with the Chinese Communist Party.

The reference to the US military was about Google saying it would not be renewing a deal to help the Pentagon improve its drone targeting, a project known as Project Maven. Its employees had taken issue with the company over its involvement and some had quit in protest.

The letter was published by the American website Cyberscoop.

Earlier this month it was reported that legislators were looking at the deal between Google and Huawei to upgrade smartphone capabilities that run Google's Android mobile operating system.

Both Cotton and Conaway have introduced bills in the US Senate and House respectively to beef up restrictions on the sale of Huawei's telecommunications gear in the US.

They claimed that Chinese telecommunications companies had extensive ties with the Communist Party and Google's "strategic partnership" with Huawei "could pose a serious risk to US national security and American consumers".

Huawei has repeatedly denied that it has been in any way involved in espionage on behalf of the Chinese Government.

The five went over a lot of old ground about US allegations about Huawei. They also added that a former US intelligence officer who had been charged with spying for China has used Huawei technology to communicate with his handlers.

According to a published report, the man in question, Ron Rockwell Hansen, a former employee of the Defence Intelligence Agency, had two mobile phones, made by Xanda and Huawei, in his possession which he used to communicate with Chinese security officials.

Referring to Google's decision not to renew its involvement with Project Maven, the letter said: "We urge you to reconsider Google's partnership with Huawei, particularly since your company recently refused to renew a key research partnership, Project Maven, with the Department of Defence."

It said they were disappointed that "Google did not want to continue a long and fruitful tradition of collaboration between the military and technology companies", and "even more disappointed that Google apparently is more willing to support the Chinese Communist Party than the US military."

Earlier this month, Facebook said it would be ending its deals with Huawei, Lenovo, Oppo and TCL, following a report about these relationships in The New York Times.

More in this category: « Microsoft says pro-migrant, but no mention of cancelling ICE contract ISACA certification makes its mark over 40 years »
Share News tips for the iTWire Journalists? Your tip will be anonymous