Union seeks Uber probe over spyware use to knock off rivals 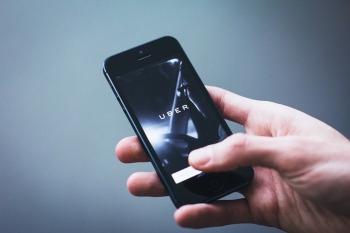 Image by freestocks-photos from Pixabay

A union has demanded the Federal Government investigate the ride-sharing firm Uber after a program on the ABC on Monday night exposed the fact that the company escaped scrutiny by authorities and used spyware to get rid of business rivals.

The Four Corners program showed that Uber had used spyware to breach the networks of rival ride-share companies, steal data about their drivers and try to lure them over to Uber using this data, the Transport Workers' Union said in a statement on Tuesday.

It also said that Uber was using spyware to shut down the accounts of government investigators who were tracking the company's illegal actions when it started business Down Under in 2014.

“Uber broke the law by hacking into other companies and stealing people’s private information," said TWO co-ordinator on the demand economy, Tony Sheldon.

"It also used spyware to attack government investigations into its operations. Australia needs to protect companies and workers against aggressive and illegal tactics by multinational corporations. We need a thorough investigation into Uber and to put in place robust regulation to ensure this does not happen again.

“Despite repeated pleas, the Federal Government has stood by and refused to take a co-ordinated approach to Uber which, since it set up illegally five years ago, has instituted exploitation among the drivers working for the company.

"Uber aggressively picked off each Australian state and set up shop, forcing thousands of Australians to go out of business. The company has also admitted to siphoning off its Australian earnings to the Netherlands to avoid paying tax here. Our entire community is paying the price for this company and is getting nothing in return."

The TWU statement said a survey of more than 1100 ride-share drivers across various platforms — 97% of whom work for Uber — showed the average pay was just $16 per hour before fuel, insurance and other costs. One in 10 drivers had been physically assaulted while 6% had been sexually assaulted, the survey found.

Drivers had faced death threats from passengers, rape threats, sexual assault, being punched in the face, held at knife-point, had their car windows broken, their cars stolen and had been subject to racial abuse, the survey said.

More in this category: « ACMA to probe murder footage broadcast on Australian TV EU hits Google with fine for abuse of AdSense service »
Share News tips for the iTWire Journalists? Your tip will be anonymous