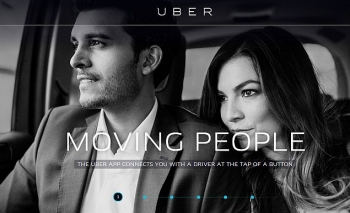 The federal government’s Competition Policy Review Draft Report was released today (PDF here) and Uber, which opened its (car) doors in Australia in 2012, said it was very encouraged by the recommendations of “removing regulations that restrict competition in the taxi industry, including from services that compete with taxis”.

“Mobile technologies are emerging that compete with traditional taxi booking services and support the emergence of innovative passenger transport services. Any regulation of such services should be consumer-focused and not inhibit innovation or protect existing business models," the report said.

The Review’s purpose is to inquire into and make recommendations on appropriate reforms to improve the Australian economy and the welfare of Australians.

As iTWire has previously reported Uber, which is disrupting the taxi industry with cheaper fares and a more efficient booking process, is facing backlashes as far as Brazil and due to state laws in Australia has previously faced heavy fines for not issuing drivers with taxi licenses.

"The emergence of Uber has been particularly controversial as regulatory agencies have been questioning its legality and fining drivers, notwithstanding considerable public demand for its services. This indicates existing regulation is more concerned with protecting a particular business model than being flexible enough to allow innovative transport services to emerge," the report said.

"This type of ‘on-demand ridesharing’ was not envisaged when laws governing the taxi industry  were drawn up. The regulatory response to this innovative development has varied across jurisdictions.  Internationally, the response to Uber has been quite different from that in Australia. California was the first jurisdiction to recognise and regulate services such as Uber, creating a new category of regulation for ‘transportation network companies’ (TNCs).

"Australian regulators have yet to demonstrate such flexibility and openness to new modes of business. Transport authorities in NSW have declared UberX (Uber’s ridesharing service)
non-compliant with the Passenger Transport Act 1990. The Panel understands, however, that the NSW Government is considering its response to ridesharing services, assessing the benefits to consumers alongside the impact on the taxi industry.

"The Victorian Taxi Service Commission has fined Uber drivers in that State. Fines of up to $1,700  per driver have been issued, but Uber has pledged to pay the fines on behalf of its drivers. The South Australian Government has stated that those providing transport services that do not comply with government regulations will face severe financial penalties.

National Seniors Australia weighed in, also in support of Uber.

"T]he digital revolution — including the growing use of mobile telephone applications in combination with satellite navigation technologies — is giving rise to opportunities for new entrants to breakdown existing taxi network monopolies, enabling consumers to exercise greater choice and receive prompter service. It will be important to ensure that these innovations are not stifled by further anti-competitive regulation aimed at protecting incumbents . . .

"The Panel considers that the longstanding failure to reform taxi regulation has undermined the credibility of governments’ commitment to competition policy more broadly, making it harder to argue the case for reform in other areas. The Victorian example demonstrates that change is possible and technological ‘disruption’ suggests that change driven by consumers is inevitable.”*

"We support the draft report findings on taxi competition and look forward to working with the review as they finalise this important process," Uber said.

More in this category: « A possible tool-kit for dismantling the Australia Tax proposed No more questions for Wotif as ACCC approves Expedia takeover »
Share News tips for the iTWire Journalists? Your tip will be anonymous