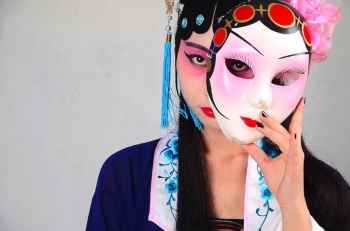 Image by 坤 张 from Pixabay

Google has finally confirmed that it has killed plans for setting up a censored search engine in China soon after US President Donald Trump tweeted that his administration would be looking into claims by businessman Peter Thiel about Google's ties to China.

The China project, codenamed Dragonfly, was revealed by The Intercept in August last year. Until March this year, there have been claims that Google was still quietly working on the project.

But on Tuesday, the company's policy head Karan Bhatia said the Dragonfly had been shelved. "Yes, we have terminated that," he told a Senate hearing, according to The Wall Street Journal.

Thiel said, during a keynote speech at the National Conservatism Conference in Washington DC, that the FBI should investigate Google, claiming the company was working with China's Government, instead of the US military.

This is not the first time that this claim has been raised. In April, Missouri Republican Senator Josh Hawley wrote to Google chief executive Sundar Pichai, asking him to address the company's refusal to work with the US Department of Defence while at the same time working with China on artificial intelligence.

“Billionaire Tech Investor Peter Thiel believes Google should be investigated for treason. He accuses Google of working with the Chinese Government.” @foxandfriends A great and brilliant guy who knows this subject better than anyone! The Trump Administration will take a look!

Thiel, a prominent investor and a member of the Facebook board, suggested during a Monday interview with Fox News that it was possible Chinese spies had infiltrated Google, which is working on an AI project in the country.

But he offered no evidence to back up his claims.

When Hawley raised the issue of Google refusing to work with the US military, it came after the company said it would pull out of a project known as Project Maven by the end of the year. Maven involved working with the military on developing AI technology to better identify images on the battlefield.

Internal protests against the provision of technology by big tech firms to the government have reared their head time and again over the last couple of years.

A few hours after Thiel's remarks, Trump tweeted that he was encouraging US Attorney-General William Barr to look into the allegations the businessman had made, in order to see if there was any truth in it.

Contacted for comment, a Google spokesperson said: "As we have said before, we do not work with the Chinese military."

More in this category: « EFA calls for ban on Chinese-style facial recognition in Australia EC opens anti-trust probe into Amazon's use of retailers' data »
Share News tips for the iTWire Journalists? Your tip will be anonymous