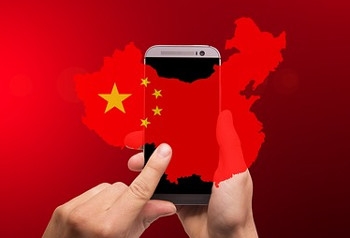 At least five employees have quit Google in protest at the company's plans to launch a censored search engine app in China, with senior research scientist Jack Poulson being the most prominent among them.

Poulson told  The Intercept, the website that broke the news about that Google was planning to launch a censored version of its search engine for the Chinese market, that he had raised the issue with his managers at the beginning of August.

By mid-August, he decided that he could longer work at the company and resigned, leaving at the end of August. Poulson said that it was his "ethical responsibility to resign in protest of the forfeiture of our public human rights commitments".

Poulson told The Intercept that he was of the opinion that the censored search engine plan went against the principles governing Google's artificial intelligence project, which said the company would not use technologies “whose purpose contravenes widely accepted principles of international law and human rights".

He expressed concern over both the censorship and the fact that customer data would have to be hosted in China. Google had a censored search engine operating in China from 2006 to 2010 but quit the country after its servers were hacked.

Poulson's resignation letter said: "Due to my conviction that dissent is fundamental to functioning democracies, I am forced to resign in order to avoid contributing to, or profiting from, the erosion of protection for dissidents.

“I view our intent to capitulate to censorship and surveillance demands in exchange for access to the Chinese market as a forfeiture of our values and governmental negotiating position across the globe. There is an all-too-real possibility that other nations will attempt to leverage our actions in China in order to demand our compliance with their security demands.”

The censored search engine project is said to have begun after a meeting between Google chief executive Sundar Pichai and Wang Huning, a senior figure in the Chinese Communist Party, last December. Work on the search app was begun during the Western spring of 2017 and had been fast-tracked after the Pichai-Huning meeting.

Programmers created a customised Android search app with different versions known as Maotai and Longfei and these had been demonstrated to Chinese government authorities.

Since The Intercept's first report, about six weeks ago, Google has made no public statement about the project, though it has been asked for a statement on at least a dozen occasions.