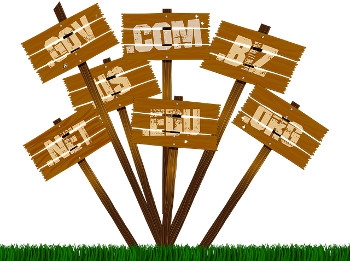 Some members of auDA, the organisation that manages the Australian domain namespace, have taken umbrage at what they say is short notice for a members' forum has been called to discuss a new membership model and changes to the constitution. auDA issued a notice on 25 June for the meeting to be held on 2 July.

The auDA constitution specifies a minimum of three weeks' notice must be given for a general meeting.

The relevant section, 14.4, reads: "At least twenty-one (21) clear days notice of a general meeting must be given in accordance with clause 30 unless the Corporations Act otherwise provides.

When the Federal Government handed down its review of auDA in April, Communications Minister Mitch Fifield said in a statement: “The central finding of the review is that auDA’s current management framework is no longer fit-for-purpose and reform is necessary if the company is to perform effectively and meet the needs of Australia’s Internet community.”

The notice for the meeting, issued by auDA on 25 June, says: "The CMWG has arranged a forum that will take place at LaTrobe University’s City Campus in Melbourne at 4PM on 2 July."

CMWG refers to the Consultation Model Working Group which was "convened in May to define and oversee the process of consultation with the auDA membership and wider Australian community".

The notice is headlined, "SAVE THE DATE: Members' Forum: A new model of membership for auDA", making it plain this is not an internal auDA committee meeting, but a wider forum for members.

Members were clearly unhappy about this lack of notice, though they did not go on the record, posting under pseudonyms on a public forum.

One pointed out: "No members can vote to change the member model before the AGM in November 2018 (auDA CEO said this is the expected date at a CMWG meeting) so why the last-minute rush with six days notice and this is the ONLY forum planned?"

And another commented: "I doubt they really want people turning up to this."

But when asked about this lack of adequate notice, an auDA spokesperson denied that the meeting that had been called for 2 July was a general meeting of auDA members.

"It is a member and stakeholder forum organised and called by the Consultation Model Working Group," the spokesperson said.

"The section of the constitution referred to in your query specifically relates to the calling of a General Meeting of auDA," the spokesperson added.

"Meetings, forums and information sessions such as these organised by the CMWG do not require constitutional sanction or approval."

Dissatisfaction within auDA ranks broke out into the open in April when one member, Jim Stewart, the chief executive of StewArt Media, led a call for the ouster of auDA chief executive Boardman, chair Chris Leptos and directors Sandra Hook and Suzanne Ewart.

The major irritant was the decision by the board to change Australian domains from .com.au and similar suffixes to .au.