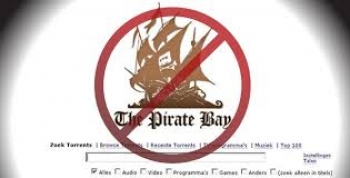 The Senate has passed the Copyright Amendment (Online Infringement) Bill 2015, which allows the blocking of web sites that may facilitate piracy.

Less than a week after passing the House of Representatives, the new law that allows copyright holders to demand that websites that they believe encourage illegal downloading has been passed by the Senate.

That means it is now law – L-A-W. The bill passed the Senate 37 to 13, with the ALP supporting the Government and the Greens and some cross benchers opposing it. Proponents have hailed its passage as a watershed day. Opponents agree but for a very different reason.

The bill enables rights holders to apply to courts to order ISPs to block access to sites whose ‘primary purpose’ is to help people download illegal content. The best known example of such a site is The Pirate Bay, but there are many others, most using BitTorrent technology.

“The bill provides an important part of the solution to the problem of online copyright infringement,” said Minister of Communications Malcolm Turnbull. “It is vital that copyright owners have an efficient mechanism to disrupt the steady supply of infringing content to Australian Internet users from overseas based websites.

“This bill will provide an enhanced, streamlined mechanism that enables infringing material to be blocked by an ISP without the need to establish fault on the part of that provider. Specifically, the bill allows an ISP to disable access to infringing online locations outside Australia.” He chose not to say that they have no choice in the matter.

Turnbull said the bill contains a number of safeguards. “First, it will only capture online locations where it can be established that the primary purpose of the location is to infringe, or facilitate the infringement, of copyright. These amendments are designed not to apply to virtual private networks (VPNs) that are promoted or used for legitimate purposes.

“VPNs have a wide range of legitimate purposes, not least of which is the preservation of privacy—something which every citizen is entitled to secure for themselves—and they have no oversight, control or influence over their customers' activities.”

It will be news to many of us that Australians have a right to privacy, and even bigger news that the Government believes we are entitled to it, in view of the recent data retention legislation, also passed with the support of the ALP. But that is another matter.

The bill has been widely criticised. One of the strongest and most articulate is Greens Senator Scott Ludlam, who with the rest of his party has also been an opponent of much of the data retention legislation.

Ludlam said the legislation was introduced at the behest of foreign rights holders and lobbyists who have collectively donated millions of dollars to the Liberal and Labor parties. “This is a lazy and dangerous piece of legislation, and it wouldn't be happening if the Opposition hadn't gone completely missing.

"The Greens will move a series of amendments to try and blunt the worst impacts of this bill, but passing them would require the Labor Party to reappear. If anyone has seen them, please let us know," said Senator Ludlam.

"By resorting to site blocking in an attempt to reduce copyright infringement, the Government is using a sledgehammer to crack a nut. This poorly drafted bill may open the way for the courts to criminalise the legitimate use of VPNs, will be trivial to circumvent, wide open to scope-creep in the future and does nothing to advance genuine copyright reform.

"The Government is ignoring the opportunity to work with content providers and remove the reasons for people currently accessing content through torrents and other sources. Just deliver content in a timely and affordable manner, and piracy collapses," Senator Ludlam said.

Dr Matthew Rimmer, associate professor at the ANU College of Law and a long time critic of anti-piracy legislation, is also one of the bill's critics. He is quoted is the Fairfax press as saying that it marks a “very dark day for the Internet in Australia.

He especially pointed to what he called the bill’s poor drafting and lack of definition. "What is 'primary purpose'? There's no definition. What is 'facilitation'? Again, there's no definition. I think the larger question will be what sites will be affected? Will rights holders be focussed on the sites they want to target or will there be collateral damage?"

More in this category: « The bullies are here – the new anti-piracy laws in action Site blocking law likened to using a ‘machine gun to shoot rabbits’ »
Share News tips for the iTWire Journalists? Your tip will be anonymous