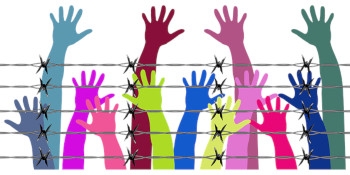 Google has come under pressure from 14 human rights organisations in the US to drop its plan to launch a censored version of its search engine in China.

The Intercept reported that among the 14 were Amnesty International, Human Rights Watch, Reporters Without Borders, Access Now, the Committee to Protect Journalists, the Electronic Frontier Foundation, the Centre for Democracy and Technology, PEN International, and Human Rights in China.

In an open letter sent to Google chief executive Sundar Pichai, the groups said the move to do a deal of this nature with China was "an alarming capitulation by Google on human rights".

Reports about the proposed project first appeared in the same publication on 1 August, citing internal documents and people who were said to be familiar with the plans.

Subsequently, there were reports that managers at Google were trying to shut down access to any material connected to the project. Another report said that engineers had used used search queries from a Chinese Web directory service owned by the company to develop blacklists for the censored search engine.

Google pulled out of China in 2010, after it had run a censored version of its search engine since 2006. At the time it pulled out, Google co-founder Sergey Brin said that the situation in China reminded him of his home country, the Soviet Union.

The rights groups said: "If Google’s position has indeed changed, then this must be stated publicly, together with a clear explanation of how Google considers it can square such a decision with its responsibilities under international human rights standards and its own corporate values.

"Without these clarifications, it is difficult not to conclude that Google is now willing to compromise its principles to gain access to the Chinese market.”

The new bid to launch a censored search engine was apparently kicked off after a meeting between Google chief executive Sundar Pichai and Wang Huning, a senior figure in the Chinese Communist Party, last December. Work on the search app was begun during the Western spring of 2017 and had been fast-tracked after the Pichai-Huning meeting.

Google is yet to issue any public comment on its bid to relaunch its search engine in China.