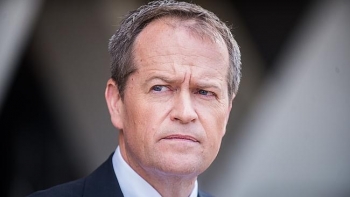 OPINION: Embattled Prime Minister Tony Abbott is raising the stakes on data retention, but the ALP sees his weakened circumstances as a way to push for greater accountability.

Patriotism is the last refuge of the scoundrel, Samuel Johnson told us more than 200 years ago. It was true then, and it is just as true today, that politicians in trouble invoke the national interest in an attempt to protect their own.

We are seeing this unfortunate phenomenon on display in 21st century Australia.

Abbott, in an attempt to shore up his increasingly tenuous hold on office, is invoking patriotism and the national interest to deflect attention away from his own troubles. He will make a major announcement on what is mistakenly called ‘national security’ next Monday, many details of which have already been selectively leaked, in the nature of modern politics.

He will demand even stronger anti-terrorism laws, and he has talked about removing "the benefit of the doubt" from migrants, refugees and everybody at every stage of the process from wanting to come to this country to being accepted as a citizen.

No mind that ‘the benefit of the doubt’ is analogous to "innocent until proven guilty" and is one of the cornerstones of a liberal democracy, a variety of polity that Australia is fast retreating from.

Under Abbott’s Australia, the Department of Immigration, once a facilitator for the millions who have seen Australia as a beacon of hope, as a place where one can lead a better life, has become a "border protection agency", its upper echelons filled by security-minded types whose first instinct is suspicion, and its ranks being turned into police.

The current debate over data retention is another tool Abbott is using in an attempt to shift public concern away from his own failings. Two weeks ago he wrote a letter to Labor leader Bill Shorten challenging him to support the Government’s data retention bill (CommsWire, 6 February 2015).

The letter, intended to become public through deliberate leaking by the Government, attempted to tie the Martin Place and Paris terrorist attacks with the necessity for increased surveillance, ignoring the fact that in both cases the perpetrators had previously been watched by security forces.

Abbott said in the letter that he "expects" the bill to have passed both the House of Representatives and the Senate by 16 March. It will not pass the Senate unless Labor supports it, because the Greens and many on the cross benches oppose it. That is why he asked for bipartisan support from Labor.

Shorten did not take the bait, and said the ALP would not be rushed. Now, in a leaked letter of his own, he has told Abbott that Labor would not support the data retention legislation unless the Government released its report on its own estimate of the cost of data retention.

The Government has commissioned such a report, from PricewaterhouseCoopers, but has consistently refused to make it public, or even to release it to the Parliamentary Joint Committee on Intelligence and Security, which is considering the data retention laws and which is due to report to parliament on 27 February.

Abbott is trying to wedge the ALP, but he is no longer in a position of strength, There is widespread public anger over the Government’s secrecy on the cost of data retention, and Shorten and the ALP are now able to exploit that to attack Abbott and to talk of not supporting the Bill, at least in its current form.

Abbott is trying to rush the legislation through, because he knows the longer it is debated, the more it is scrutinised, and the less chance it will have of being passed.

Shorten sees that a weakened Abbott can no longer call the shots. He has now accuse Abbott of "politicising" the data retention debate, which is hardly beyond doubt but which would itself have been seen as politicising things before Abbott’s current troubles.

"I am disappointed that recent media briefing has sought to politicise the development and consideration of anti-terrorism legislation. This is at odds with a responsible and bipartisan approach to such important issues."

He also mentioned the issue of cost, and of the Government not being open about those costs. "Although the costs of the scheme to individual service providers may be commercial in confidence, no such claim can be made about the aggregate cost of the scheme to the Australian community.

"It would be unreasonable to expect Parliament to debate the bill without senators and members being aware of the cost of the legislation to the Australian taxpayer and the impact on industry.”

But the issue will, of course, continue to be politicised. Abbott is now invoking the spectre of child pornography as another reason for data retention. His office leaked briefing notes of a talk he will give today in which he will link the retention of metadata to the ability to track down paedophiles and pornographers.

All the Government’s arguments in favour of data retention are emotional, and devoid of logic and fact. The Government is proposing a massive increase in its ability to spy on its own citizens — us — for the most spurious reasons. Now another has been added – to save Tony Abbott’s political skin.

More in this category: « Back off, ASIC tells bitcoin miner Metadata retention: AFP doesn't care about Game of Thrones »
Share News tips for the iTWire Journalists? Your tip will be anonymous