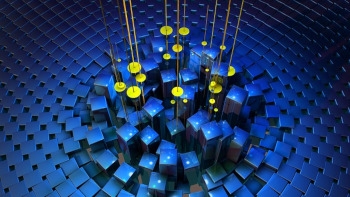 Publishing behemoth News Corp Australia has called on the Australian Competition and Consumer Commission to consider the break-up of Google's local business, in order to "correct the market structure" as part of solving the issues faced by local publishers in competing in the online space.

In a submission made as a response to the ACCC's preliminary report from its digital platforms inquiry, News Corp, which owns about three-quarters of the print media in Australia, said the competition watchdog should also consider imposing a fee for use of content by either Google or Facebook.

ACCC chair Rod Sims said at the time: "Organisations like Google and Facebook are more than mere distributors or pure intermediaries in the supply of news in Australia; they increasingly perform similar functions as media businesses like selecting, curating and ranking content. Yet, digital platforms face less regulation than many media businesses.

“The ACCC considers that the strong market position of digital platforms like Google and Facebook justifies a greater level of regulatory oversight."

News Corp also backed the ACCC's recommendation, made in its preliminary report, to regulate news and advertising in the digital sphere.

"This substantial market power underpins the harms perpetuated by digital platforms against publishers such as News Corp Australia."

News Corp also suggested the creation of a digital platforms unit within the ACCC, to accumulate the necessary knowledge to monitor competition among digital platforms and respond to concerns voiced by consumers, publishers or advertisers.

On Tuesday, the Interactive Advertising Bureau released figures for online advertising in the country, showing that the spend had grown to $8.8 billion in 2018. The ACCC has said in the past that about 80% of the online ad spend in Australia goes to Google and Facebook.

News Corp said some of the recommendations made by the ACCC were not as important as others and tended to decrease the focus on recommendations that were central to tackling the issues at hand.

"The inquiry should focus on competition issues arising from the identified market power of digital platforms in the markets for media and advertising services, in particular in relation to the supply of news and journalistic content, as per the terms of reference," it said.

The company identified some other recommendations which it did not oppose but which it questioned the extent to which they provided any meaningful and material solutions.

"For example, improving consumers' news literacy shifts the burden to consumers and does not address the underlying cause of harm (ie, digital platforms' market power)," it said.

"Similarly, preventing the default installation of the Google Chrome browser on devices and Google Search within browsers is unlikely to have a significant impact on Google's entrenched market power in online search."

iTWire's report on News Corp's initial submission to the inquiry is here.

More in this category: « Cryptocurrency firms shut after man held over drugs charge Oracle uses ACCC submission to put boot into Google »
Share News tips for the iTWire Journalists? Your tip will be anonymous