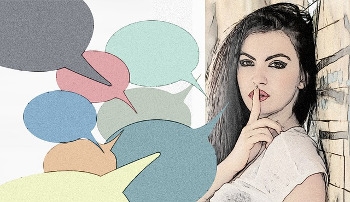 Google has announced plans to block articles from Russian website Sputnik and the Russian television channel RT from appearing in its search results even as the search giant fights for net neutrality rules in the US not to be repealed.

The moves appear to contradict each other, seeking freedom of the Internet on one hand and cracking down on it at the same time.

Google said it would make changes in its algorithms to make it harder for articles from these Russian sources to appear in its search results.

The plans were described as direct censorship and a violation of the fundamental principles of freedom of speech, by Russian Foreign Ministry spokeswoman Maria Zakharova.

She said such artificial ranking of search results “if introduced, will contradict both common sense and the human right to free access to information on the Internet".

The move would also directly affect normal competition among the media, Zakharova added.

Google's move has come in the wake of an appearance by its representatives before a US Government panel inquiring into claims that the 2016 presidential elections were influenced by Russian sources.

Eric Schmidt, chairman of Google's parent company, Alphabet, has been quoted as saying the company is working to ferret out Russian propaganda from Google News.

“We’re well aware of this one, and we’re working on detecting this kind of scenario you’re describing and deranking those kinds of sites,” he said.

“It’s basically RT and Sputnik,” he said. “We’re well aware and we’re trying to engineer the systems to prevent it.”

More in this category: « Google forced to act on shonky ticket resellers Sexualised kids' clips appear next to YouTube ads »
Share News tips for the iTWire Journalists? Your tip will be anonymous