Monitor in ZTE case trying to get his term extended 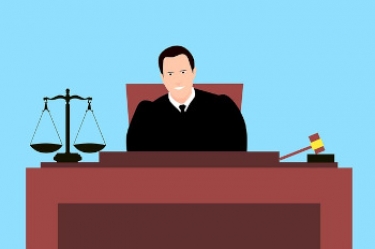 An American lawyer appointed as an independent monitor for ZTE Corporation, after it pleaded guilty to exporting US technology to Iran and lying about it, is trying to get his term extended beyond March when it expires and is allegedly using threats to try and get his way.

The Wall Street Journal reported that James Stanton had said he would use his friendship with the judge overseeing the case to get his term extended.

Stanton had earlier certified that ZTE had met the terms of its settlement agreement, but started pushing for an extension of his term from June onwards, claiming he now had evidence that ZTE violated the terms of the deal.

ZTE agreed to pay more than US$2.3 billion to 211 American suppliers in 2017 as part of its settlement. The company was banned from trading in the US for seven years, and then shut down operations in the country.

But following the intervention of then US President Donald Trump, a deal was worked out for ZTE to return to business by paying a fine of US$1 billion, changing its management team and depositing US$400 million in an escrow account against possible future transgressions.

US District Judge Ed Kinkeade appointed Stanton as monitor. According to the WSJ report, Stanton was now saying he had a close personal friendship with Judge Kinkeade and that the pair would do "what's needed" to ensure that ZTE complied with the settlement.

The WSJ said Stanton had accused it of making extensive inaccurate statement about him and refused to say anything more, as the matter was under seal. The judge also refused to talk to the WSJ.

ZTE has said that there are no grounds for extending Stanton's term, during which period he has been paid millions of dollars.

The report said Stanton was appointed after Judge Kinkeade rewrote the plea agreement, adding that he had no experience in sanctions law. Stanton had been made a special master in a medical-device product-liability case by the same judge.

The WSJ quoted David Laufman, the former Justice Department official who oversaw ZTE's plea deal, as saying: “This train wreck is a long time coming. While it was entirely appropriate for ZTE to submit to a rigorous monitorship, it’s also essential that the process for appointing monitors be above reproach and that monitorships are conducted in a responsible manner with appropriate oversight and accountability.”