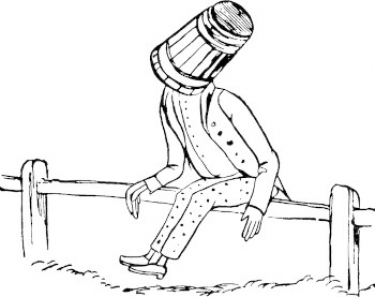 Image by Prawny from Pixabay

India's ban on 59 Chinese apps and Delhi's hint that Chinese telecommunications equipment vendor Huawei Technologies would be excluded from 5G trials following border clashes between soldiers from the two countries could prove to be short-sighted in view of the way Chinese technology dominates the Indian market, an analyst firm says.

Counterpoint Research told Forbes India that four of the top five smartphone brands sold in India were made by Chinese companies and held 73% of the market - Xiaomi with 30%, followed by vivo (17%), realme (14%) and OPPO (12%). The last three are all subsidiaries of the giant BBK Electronics.

Only Samsung was up there with these brands, in third spot with 16%, having been eclipsed by the brands from the Middle Kingdom.

Back in 2015, when this writer visited India, the local firm Micromax was top of the pops, having overtaken Samsung. But despite offering devices with support for as many as 15 Indian languages, Micromax appears to have become an also-ran and is now struggling with other Indian brands that together command a beggarly 1% of the Indian market which is the second biggest globally.

This writer acquired and used a Micromax device for some time, but found it impossible to get any queries about it answered by the manufacturer.

Counterpoint described the Indian rhetoric on Chinese investment and bans on the apps as "hot-headed".

Analyst Tarun Pathak told Forbes India: “Every four of five phones sold in India are Chinese. I don’t recall any other market where these players have such a grip.”

Counterpoint said the Chinese brands had managed to corner the market as the devices they sold were cheaper, much better looking and and also boasted much better tech specs than locally produced devices. As an example, when Indian companies were putting out 3G models, their Chinese counterparts introduced 4G devices.

The analyst firm said the soaring demand — as much as a 10% increase each year — led to the Chinese companies setting up manufacturing units in India. Xiaomi’s contract manufacturer, Foxconn Technology Group, had factories which could produce 50 million units, while OPPO and vivo were not far behind, with annual capacities of 45 million and 40 million respectively.

Pathak added that of the 158 million smartphones sold in India in 2019, 99% were assembled locally,

“These players are not just bringing (phones) from China and selling in India," he pointed out. "They are providing jobs and training people.”

His estimate was that roughly 100,000 people were employed in these smartphone assembly units directly and indirectly, and if these jobs were put in danger, it could result in mass unemployment. “Who else has the scale to hire such vast numbers?” Pathak questioned.

More in this category: « Get Gizmo to refund customers charged during ‘cooling off’ period, says ACCC TSMC says it has stopped processing new semiconductor orders for Huawei »
Share News tips for the iTWire Journalists? Your tip will be anonymous